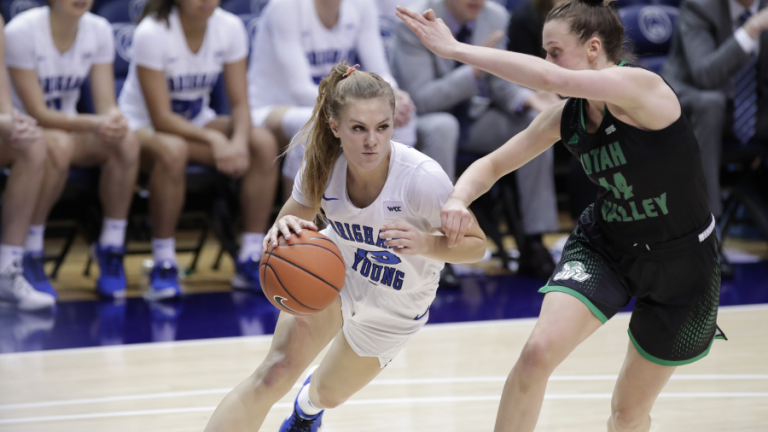 PROVO, Utah – BYU women’s basketball announced that their game against Utah Valley has been canceled again.

The two were originally scheduled to play on December 15 in Provo but the game was postponed due to a positive COVID-19 test and contact tracing protocols within UVU’s program.

They rescheduled the game for December 23, which would’ve been the 11th meeting in the “Crosstown Clash.” Now, the game has been canceled due to COVID-19 related issues with UVU’s program.

BYU is 4-1 on the season with wins over LSU, Utah State, Montana State and Southern Utah. Their lone loss came against Washington in Las Vegas. The Cougars next game will be WCC action against San Francisco on Monday, December 28 at 2 p.m. MST on BYUtv.

The Wolverines are 2-0 this season with victories over Southern utah and William Jessup University. They had games against Utah, Idaho State, UNLV, Montana State, Southern Utah, Montana and BYU canceled. Their next scheduled game is Saturday, January 2 vs. Simpson University before jumping into WAC play.