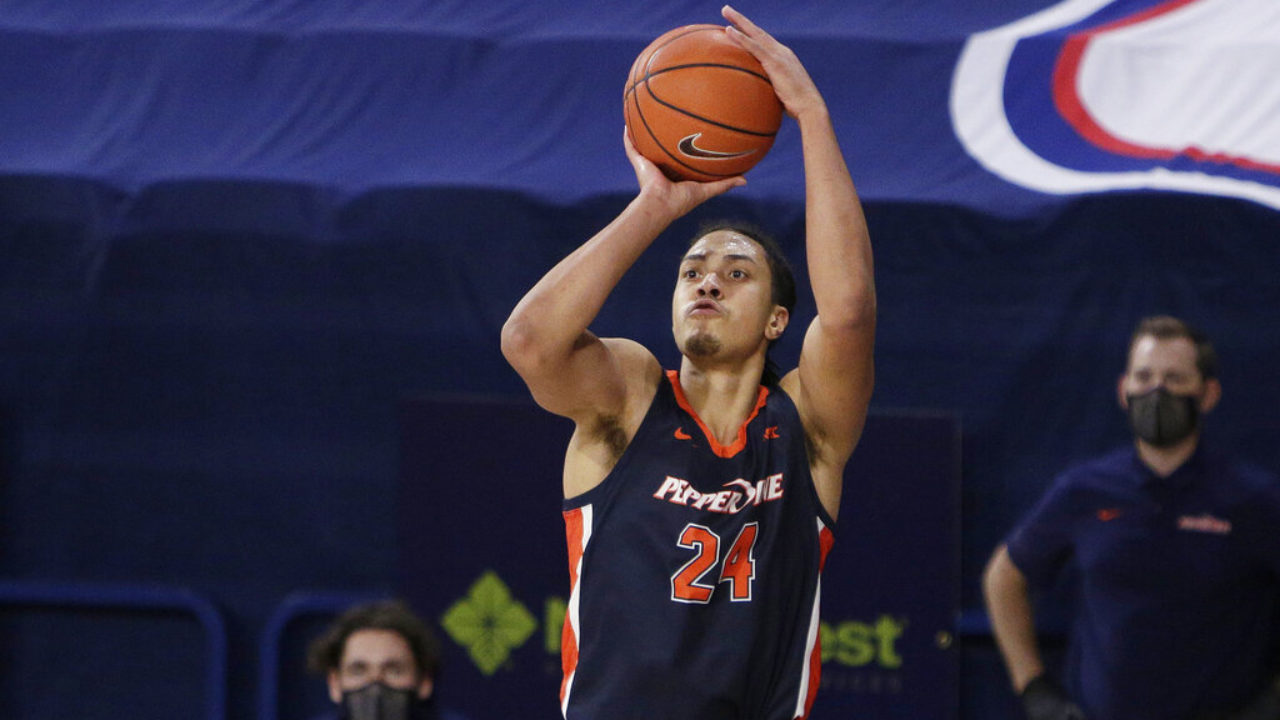 PROVO, Utah – The BYU Cougars look to stay hot and in the thick of the West Coast Conference race when they take on the host Pepperdine Waves on Wednesday. The Cougars (13-3), who beat the Waves (6-7) 65-54 on Saturday in Provo, Utah, have won four in a row and are second in the conference at 4-1, 1.5 games behind first-place Gonzaga. Pepperdine, which has won two of three, is tied for sixth in the conference with Pacific at 2-2. This is the first time the Waves have played the same opponent in back-to-back regular-season games since 2001-02.

Tip-off from Firestone Fieldhouse is slated for 3 p.m. ET. BYU leads the all-time series 17-9, including a 6-5 edge in games played at Firestone Fieldhouse. The Cougars are six-point favorites in the latest BYU vs. Pepperdine odds from William Hill Sportsbook, while the over-under for total points scored is set at 147.5. Before making any Pepperdine vs. BYU picks, check out the college basketball predictions from the SportsLine Projection Model.

The model simulates every Division I college basketball game 10,000 times. Over the past four-plus years, the proprietary computer model has generated an impressive profit of over $2,300 for $100 players on its top-rated college basketball picks against the spread. Anyone who has followed it has seen huge returns.

Now, the model has set its sights on BYU vs. Pepperdine. You can head to SportsLine to see its picks. Here are several college basketball odds and trends for Pepperdine vs. BYU:

Why BYU can cover

The Cougars have three players averaging in double figures and have eight players who average 5.4 points per game or better. BYU is led by senior guard Alex Barcello, who is averaging 15.1 points, 4.6 assists and 4.4 rebounds per game. Barcello has connected on 33-of-64 3-pointers, a 52 percent clip which ranks second in the country among players who have shot 60 or more threes.

Also powering the Cougars is senior forward Matt Haarms, who is averaging 11.5 points, 4.1 rebounds, 2.1 blocks and 0.9 assists per game. He is hitting on 55.9 percent of his field goals and 78.8 percent of his free throws. He has scored in double figures nine times, including a 23-point performance against Portland on Thursday. Haarms played three seasons at Purdue from 2017-20 and appeared in 102 games with 40 starts, averaging 7.5 points, 4.4 rebounds and 2.1 blocks.

Why Pepperdine can cover

The Waves have a one-two punch with junior forward Kessler Edwards and senior guard Colbey Ross. Edwards leads Pepperdine in scoring (18.3 points), rebounding (6.7) and blocks (1.4). His career-high 37-point effort against Pacific on Thursday is the most by a West Coast Conference player this season. Edwards received his first-ever WCC Player of the Week award on Monday after that performance. For the week, he had two double-doubles and averaged 24 points and 10.5 rebounds.

Ross has set several career marks at the school, including points (1,975) and assists (744), and holds more than 25 Pepperdine single game, single season and career records. For the season, Ross is averaging 16.3 points, 7.5 assists, 3.8 rebounds and 1.5 steals per game. He is connecting on 81.9 percent of his free throws. He is coming off a 21-point, four-assist performance on Saturday at BYU. Ross has scored in double figures nine times this season, including a 33-point effort against No. 22 UCLA on Nov. 27.

How to make BYU vs. Pepperdine picks

The model is leaning over on the total, projecting both teams combine for 151 points. It has also generated an against-the-spread pick that is hitting in nearly 60 percent of simulations. You can only see the pick at SportsLine.

BYU midfielder Mikayla Colohan got drafted by the Orlando Pride, but will stay in Provo for now