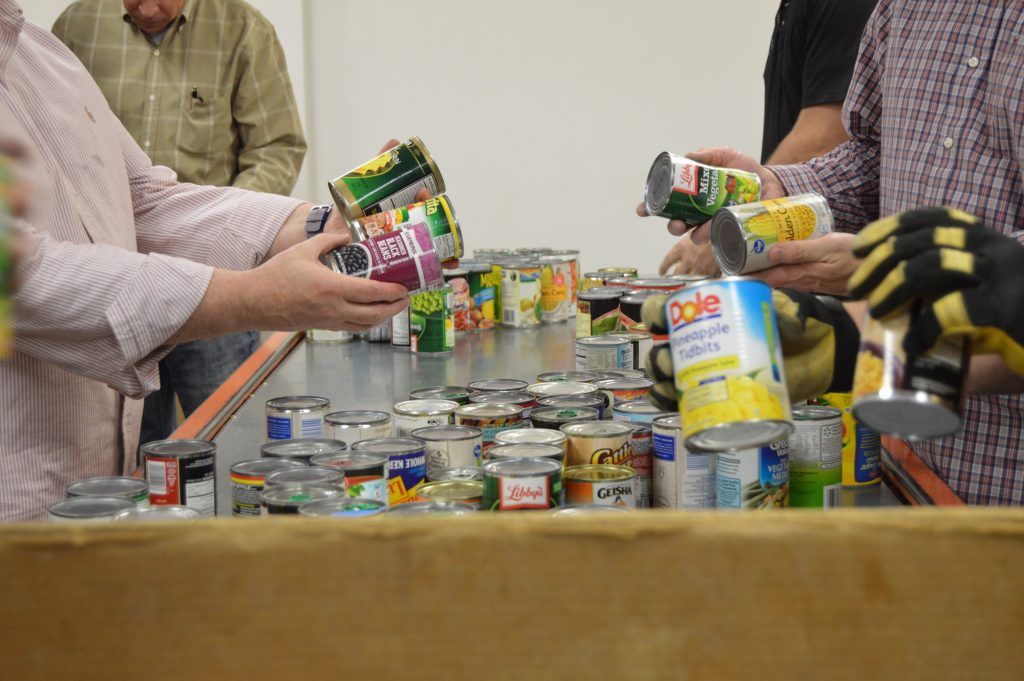 PROVO, Utah – People often only think of the Utah Food Bank during the holidays, but food insecurity is a 365-day reality for many people in Utah.

“Five hundred eleven thousand Utahns, which equates to one in six individuals, are at risk of missing a meal today. Even more alarming is that one in five Utah kids are unsure where the next meal is coming,” reports the Utah Food Bank website.

“So, this year, the pandemic has done things that rippled through our state,” Ginette Bolt, president and CEO of the Utah Food Bank said. “Many people who have come to us for help this year have never had to come before. They were unemployed suddenly in April or May. Perhaps the restaurant or the movie theater or the bar where they worked was closed immediately. They’ve maybe had money for two or three weeks, and after that, they needed help. So, a huge percentage of people had to find services. So, this year not only was it important for us to be able to serve regular clients, but we had to be able to really fill the gap for those first-time users.”

Utahns across the state joined together to collect food on March 20. Early indications show the drive was extraordinarily successful.

“We look to be on track for it to be close to, if not, record-setting poundage from a one-day food drive,” Heidi Cannella, communications director of the Utah Food Bank, said.

“Because it is a good cause,” said one youth named Cooper, standing in the rain.

The drive was so successful that they ran out of boxes at the collection point, but people kept coming. Staff decided to put the small donations directly into the last of three semitrailers.

“But there’s nothing more heartfelt when you have a child look at you and be excited and say, ‘I get to have dinner tonight.’ That’s what this is about. This is what we do,” Bolt said, “There is no reason for children in this day and age, in our area in our state, to go hungry. It takes a collaborative effort; we all have to work together.”

Associated Foods and The Church of Jesus Christ of Latter-day Saints were major supporters of the drive.

“We are Associated Food stores, and we’re passionate about food. We’re in the food industry, and we love our communities and so anything that we can do to help support and uplift our communities we support. Anything that involves food is where we want to be involved,” Ashlee Johnstun, director of customer relations of Associated Food Stores, said.

Johnstun mentioned that all 38 corporate stores across the state participated along with many of their independent retailers. They also sponsor food drives within their stores throughout the year.

Another way Associated Foods helps is by pulling dated food before the expiration date. The food either goes to Utah Food Bank or a local pantry.

“You know this is who we are. And especially with the new children and youth program that just launched last year. It’s all about having children and youth lead and care for those in need,” said Ahmad S. Corbitt, first counselor in the Young Men General Presidency, The Church of Jesus Christ of Latter-day Saints.

Corbitt also said, “We are out here doing this with our neighbors. Of course, there are a lot of members of the church here. They’re also Baptists and Catholics and Greek Orthodox, Jews and Muslims. You know, it is a statewide community-wide movement that will help feed everybody, and hunger doesn’t respect religion or wherever you live, so we don’t either. We are a respecter of everybody.”

The journey of the peanut butter jar

Cannella explained the journey of a peanut butter jar that is donated. After it is collected from the doorstep of a person who donates, it is brought to a collection point. Volunteers place the jar in a large box that is loaded into semitrailers.

The boxes are delivered to the Utah Food Bank, where additional volunteers sort the donations. The sorted items are placed into storage.

Besides networking with local food pantries, the Utah Food Bank has a variety of targeted programs.

The Kids Café is a program that targets at-risk children. The Utah Food Bank partners with after-school educational sites such a Promise SSL, where children are fed a meal at a site. Last year, this program provided 484,234 meals to children.

The Mobile School Pantry is the newest program. Each month during the school year, a Utah Food Bank truck arrives on school property. Staff and volunteers assist students and their parents in receiving food. Last year, through distribution at 85 school sites, 336,414 individuals, including 195,655 children received food.

The Commodity Supplemental Food Program (CSFP) is a federally funded program design to improve the health of seniors living in poverty. The USDA ships nutritious food directly to Utah Food Bank. Last year, 36,114 CSFP were delivered to individual residences and senior housing sites or picked up at a local food pantry.

The UFB Food Box Program targets homebound people with disabilities and seniors living in poverty. The boxes are delivered to the client’s home. Each box contains about one week’s worth of nonperishable food, plus as much fresh food as available. Last year, 9,550 boxes were delivered.