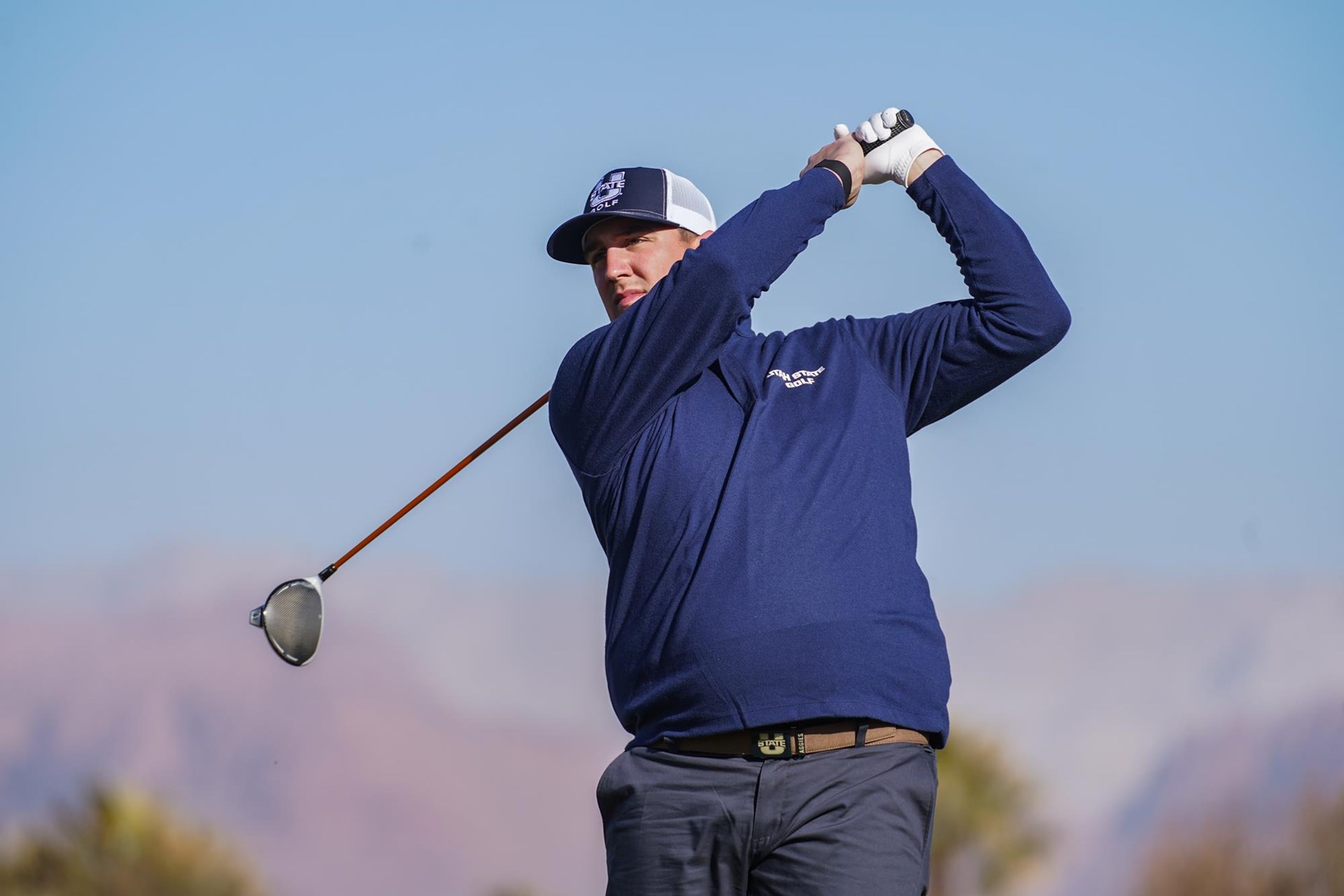 Utah – Paced by a pair of opening-round 4-under par 68s from seniors Colten Cordingley and Andy Hess on Saturday, Utah State’s golf team finds itself tied for seventh at the Pizza Hut-Pat Hicks Thunderbird Invitational, hosted by Southern Utah at the Sunbrook Golf Course.

Cordingley and Hess are tied for sixth and just three back of first-round leaders Blake Tomlinson (Utah) and Brady McKinlay (Utah Valley).

Cordingley’s strong first round was highlighted by six birdies and two bogeys on the par-72, 6,900-yard course. Hess had seven birdies and three bogeys during his round.

The 54-hole tournament continues with the second round on Sunday and final round on Monday.

Utah State is the defending champion of the event after finishing the 2019 tournament with a 3-under-par 573 (287-286). It marked the Aggies’ first tournament win since Oct. 17, 2017, when they claimed the tournament title at the Cal State Northridge-hosted Bill Cullum Invitational.