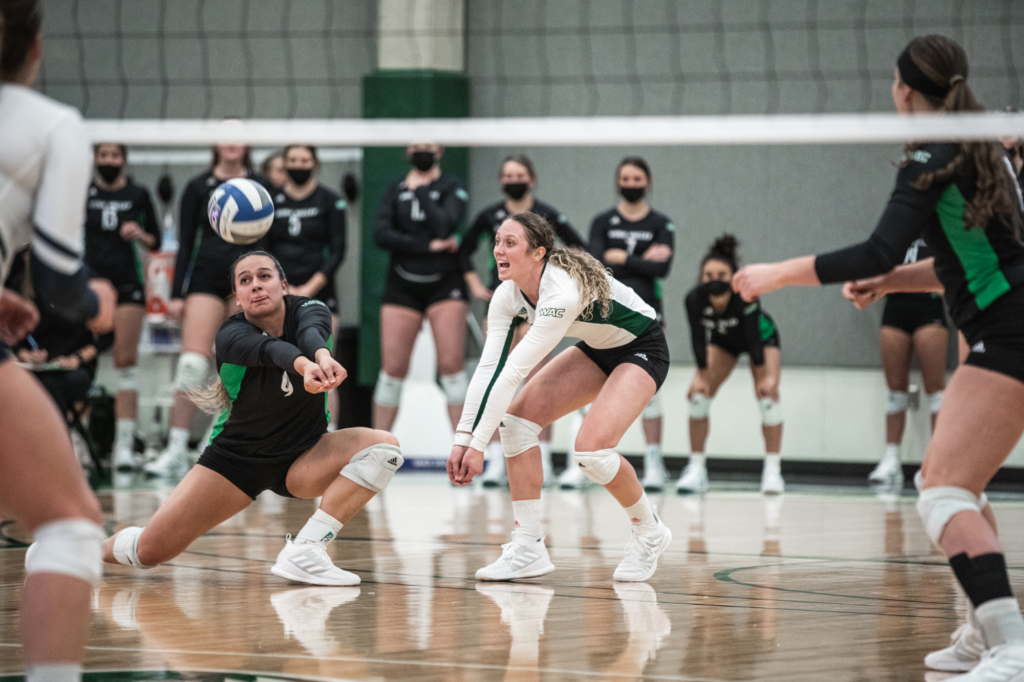 PROVO, Utah – The No. 14 Brigham Young Cougars beat Utah Valley 3-1 on Thursday, Feb. 4 in the Lockhart Arena. This was the 15th meeting of the in-state rivalry — dubbed the UCCU Crosstown Clash — UVU is 0-15 against the dominant team from Provo.

BYU won the first set 25-17 and jumped out to a 15-9 lead in the second. The Wolverines would storm back and eventually take a 19-18 lead on a service ace by freshman Bryton Bishop. The Cougars quickly tied it up at 19, but UVU pulled out a 25-22 win after sophomore Tori Dorius recorded two straight kills for the Wolverines.

“There were a lot of positives with the grit and the fight that our players showed,” said head coach Sam Atoa. “It would have been very easy in that second set to have let it become a three-set match, but they were determined to figure things out and it was nice to see that. I feel like, if we can get the connection a little better, we can be a pretty good offensive team.”

The Cougars scored five straight to start the third set, and while UVU battled back to tie the game at nine, they never claimed a lead and lost the set 25-20. The fourth set was similarly close, UVU led 12-9 early on but ultimately lost 25-20.

Junior Kazna Tanuvasa had 18 kills for UVU, passing the 1,000-kill mark for her career. She also added six digs. Dorius had 14 kills and five digs, and freshman Abbie Miller led the team with 17 assists.

From near-worst to best: BYU turning its attention to visit from No. 1 Gonzaga