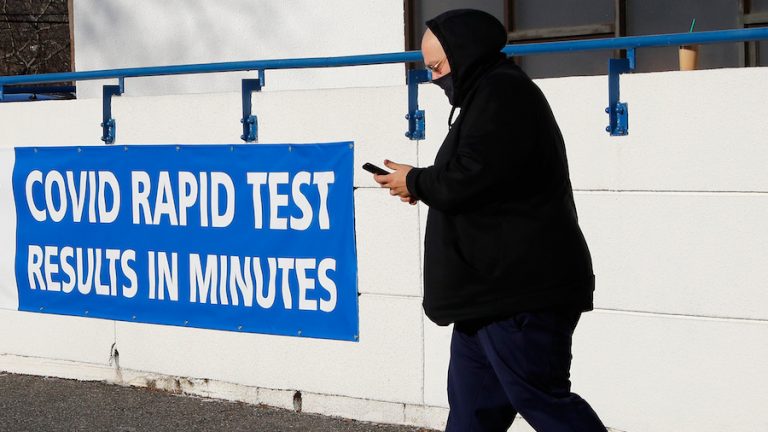 PROVO, Utah – Officials from the Utah Department of Health reported less than 1,000 new coronavirus cases in the last day. The number of people hospitalized has also dropped to 390; however, there were an additional three deaths.

The deaths bring the total number of Utahns lost to COVID-19 to 1,736 – 100 more in the last week. Health officials said the deaths reported reflected the numbers of people who died specifically because of the effects of the coronavirus disease.

“The Office of the Medical Examiner conducts thorough investigations of all potential COVID-related deaths. These investigations can take several weeks to complete,” officials said.

An increase of 908 new cases since Friday was reported.

The Department of Health reported a total of 2,076,035 Utah residents have been tested for the novel coronavirus – an increase of 5,845 of the total reported since Saturday. Of those tested, 16.5 percent were positive.

The vaccine has been administered to 312,022 people in Utah, including health workers, educators and residents age 70 and older.

The state has administered over 413,937 first and second vaccinations. Of those vaccinated, 101,915 people have been fully immunized with both doses.

According to numbers reported by the health department, 9,852 vaccines have been administered since Friday, and 103,245 in the last week.

The number of vaccines delivered to the state was just over 493,600.

The health department reported 329 people were being treated for COVID-19 in Utah hospitals. Total hospitalizations since the pandemic began was 13,862 people.

Utah officials said 81.6 percent of the 537 ICU beds across the state were full. Of those, 120 were being used by patients confirmed to have COVID-19. An additional 62 patients inn ICU beds were suspected of having COVID-19, pending additional testing.

The remaining ICU beds were used by patients with other critical medical conditions. Hospital officials have said, in addition to the beds nearing capacity, there was staffing for around 85 percent of those beds.

An additional three Utahns have died in the last day, according to the Utah Department of Health. The latest COVID-19 deaths included one woman and two men.

All three were hospitalized when they succumbed to the disease.

There have been 1,736 total deaths of residents from the disease in the Beehive State since the pandemic began – an increase of 71 in the last week.

Officials reported the death of a Tooele County man older than the age of 85. His identity was not released. His death brought the total in the county to 25.

One man from Utah County was between the ages of 45 to 64 when he died of COVID-19. The county has reported 295 deaths since the start of the pandemic.

Health officials also reported one Weber County woman who died after contracting COVID-19. She was between the ages of 65 to 84.

The county has reported 143 coronavirus-related deaths since the start of the pandemic, and 143 in the area covered by the Weber-Morgan Health Department, which includes Morgan County.

There have been nearly 26.9 million confirmed cases of coronavirus in the United States – with just under 1 million new cases in the last week. Nearly 463,000 Americans have died of the disease, according to numbers compiled by the Coronavirus Resource Center at John Hopkins University.

The first US case was confirmed on January 21, 2020. The number of new cases in the nation has skyrocketed in November, with a spike significantly higher than any other country.

During the 2019-2020 flu season, an estimates 38 million people caught the influenza virus, requiring 18 million doctor visits and causing 22,000 deaths, according for the Centers for Disease Control and Prevention.

Smaller number of COVID-19 cases reported in Utah on Sunday