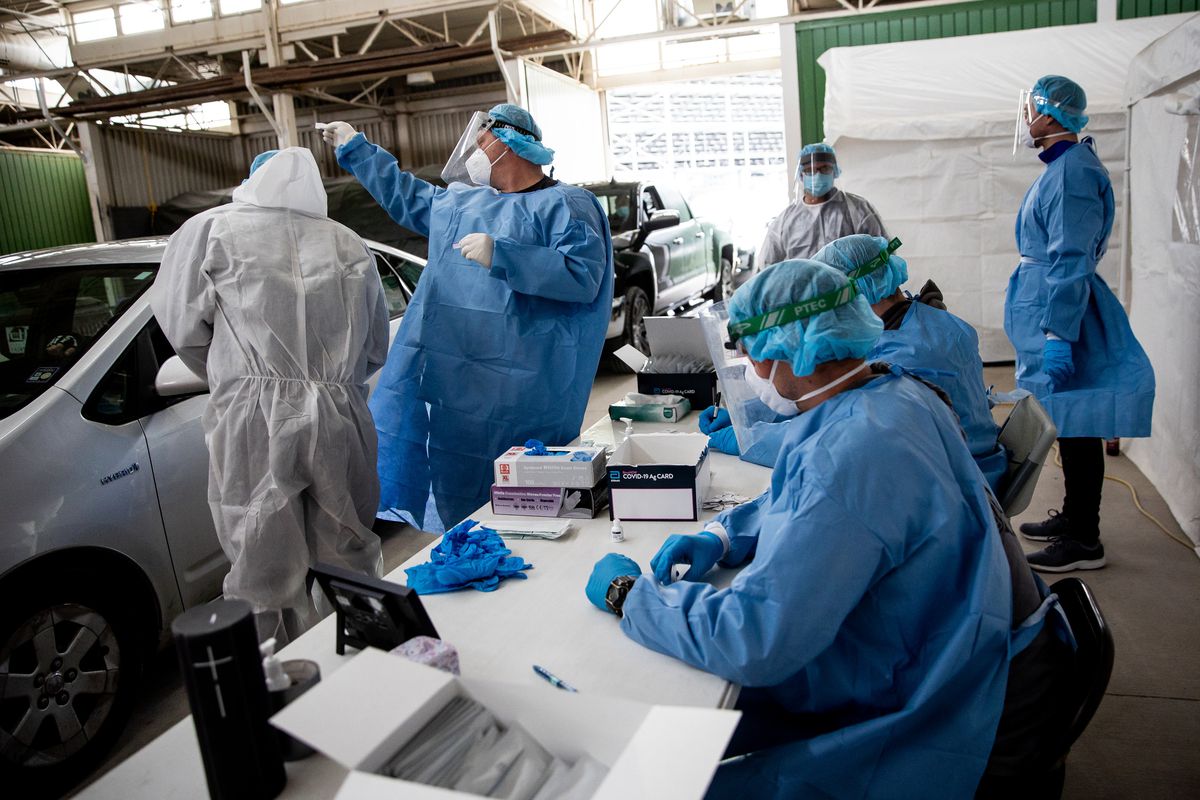 PROVO, Utah – The Utah Department of Health on Sunday reported 908 new cases of COVID-19 in the state.

The increase brings the total number of known infections to 354,608 in Utah since the pandemic hit here nearly a year ago.

There are currently 329 people being treated with COVID-19 at hospitals throughout Utah, which is six fewer than was reported on Saturday and down from 413 hospitalized a week ago.

Declining numbers of new cases, hospitalizations and deaths have led to a smaller average number of daily cases — 1,143 — and to 15.6% of all COVID-19 tests being positive. Last Sunday, the average percent of positive tests was 16.9%.

The declining trend has continued at least through the last couple weeks.

Utah health officials have said a 3% to 5% test positivity rate is ideal and would mean the spread of infection was under control.

Cases have dropped more than 16% over the previous week nationally, with fewer than 1 million new cases reported in one day, which hasn’t happened since the first week of November, according to data from the United States Centers for Disease Control and Prevention.

In addition to the smaller number of new cases in Utah, the health department reported three more deaths. Sunday’s reports typically contain smaller numbers, as not all testing and vaccine facilities are open on the weekend.

More than 2 million people have been tested for the virus in Utah, including 5,845 more than was reported Saturday. The state has issued 413,937 COVID-19 vaccines, including an increase of 9,852 since Saturday’s reports.

More than 103,000 vaccines have been administered in the last week in Utah, as the program overseen by the state health department continues to ramp up.

Utah has received nearly 500,000 doses of either the Pfizer-BioNTech or Moderna COVID-19 vaccines, as allocated by the federal government. At least 101,915 people in Utah have received two doses of the COVID-19 vaccine, according to state health department statistics, which means that nearly 80,000 doses have yet to be used and are sitting in storage throughout Utah.

Utah Gov. Spencer Cox has said some of those doses are reserved for people who have had their first dose and will soon get the second. But the governor has also said he favors immunizing as many people as possible with whatever supply is available, regardless of whether they are first or second doses.

For information on who is currently eligible to get a COVID-19 vaccine in Utah, visit coronavirus.utah.gov/vaccine.