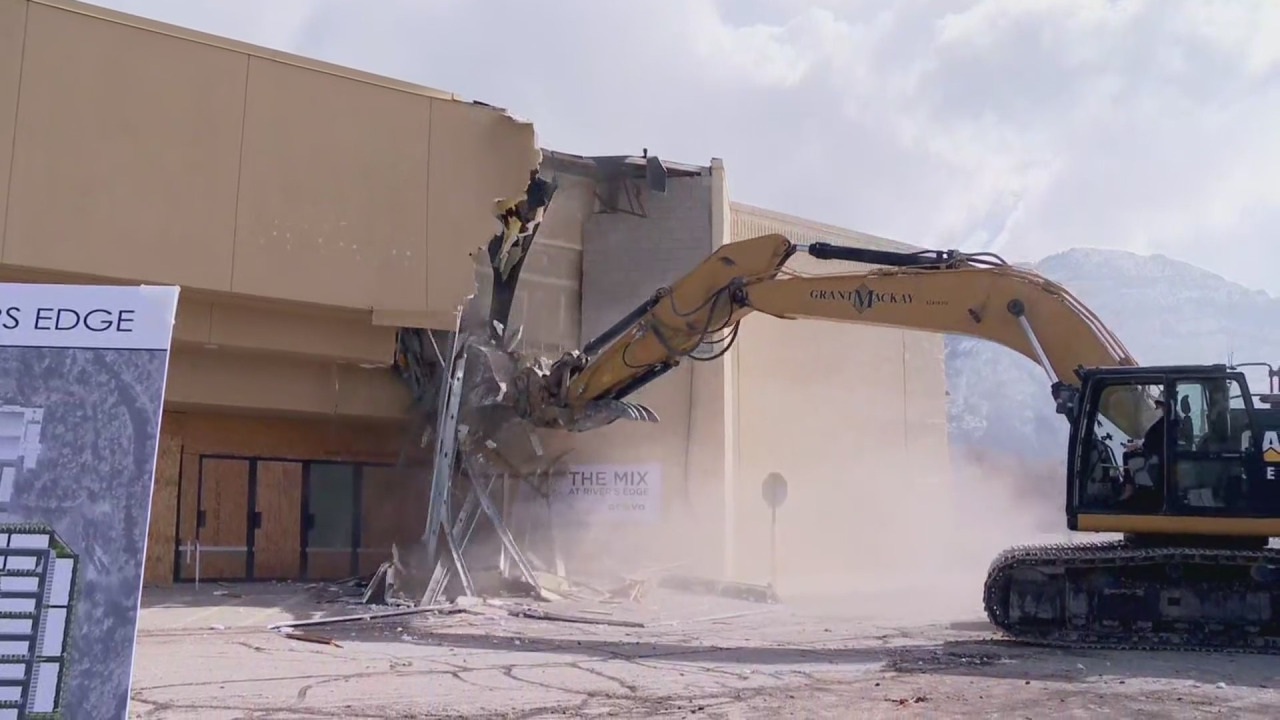 There are three businesses whose names will undoubtedly create a sense of nostalgia for Provo citizens – Movies 8, Carousel Ice Cream Parlor, and Shopko.

“Many past college students, myself included, have fond memories of date nights with a $1 movie and sundaes at Carousel Ice Cream Parlor. It was all we could afford,” says Provo Mayor Michelle Kaufusi. “It’s always hard to see community favorites close when they’ve become such a beloved part of our community fabric.”

The Mix at River’s Edge, a redevelopment concept first introduced in 2017, has new owners and a vision to see the project move forward.

“This redevelopment project has been anticipated for many years with our citizens anxious for progress to replace the retail blight,” says Keith Morey, Provo Economic Development Director. “Watching the property lay dormant has been difficult, but the reality of its reawakening and transformation is truly exciting.”

“Successful development is always about timing,” says Kaufusi. “We now have the right timing and the right team to finally bring this development back to its thriving glory days and create a gathering place where a whole new generation can make memories.”

The Mix at River’s Edge mixed-use development, on the northeast corner of University Parkway and 2230 North, has been through numerous plans over the last five years, according to the city. Construction on the project will begin this week.

“I’ve been eating or shopping at the Plum Tree shopping center for over 30 years, since I was a student at BYU in 1988,” says Nate Pugsley, CEO of Brighton Development. “The location is one of the best in Utah County for development opportunities and long-term value, given its proximity to two universities and University Parkway.”

“We’re grateful for our financial partners, Provo City, and our internal team at Brighton Development for all their hard work,” says Pugsley. “As a company, we are grateful for the opportunity to be able to work and hire great talent in this vibrant part of the state.”

“The redevelopment at The Mix at River’s Edge is a reflection of the broader strength of the Provo market right now,” says Morey. “Milken’s recent study Identifying Provo as the ‘Best Performing Large City’ in the country is a reflection of what we have all known for a long time.”