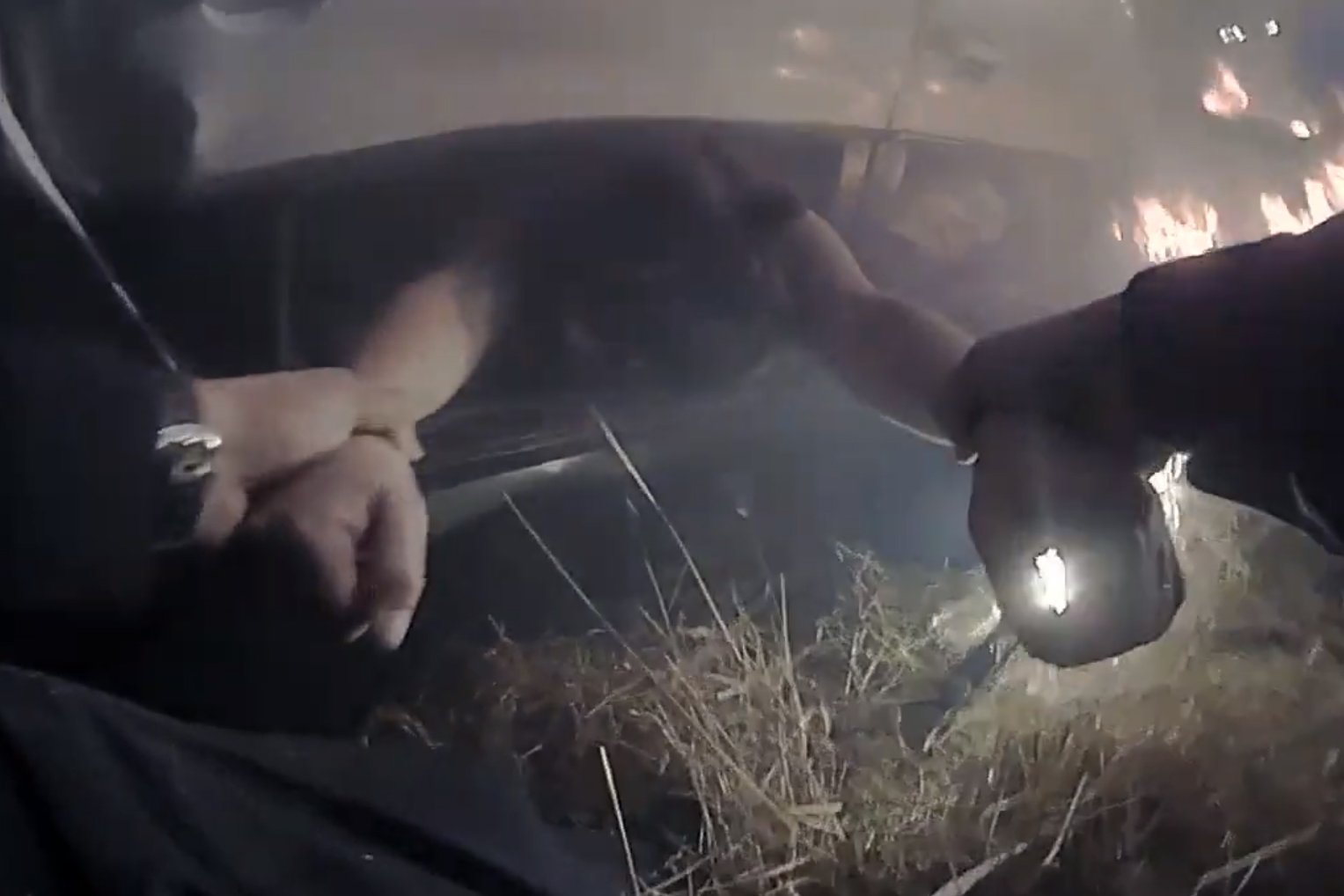 VINEYARD, Utah — A suspected drunk driver involved in a hit-and-run accident Thursday was eventually stopped after he drove off a bridge in Vineyard, Utah, and the car caught fire.According to police, the multi-city pursuit began in Provo, Utah, when a witness reported a drunk driver Thursday morning. Provo police located the vehicle and attempted to pull the car over, but the driver, Dustin Butterfield, 35, fled from police. He then hit a FedEx vehicle in Orem. A witness who called 9-1-1 followed Butterfield as he headed east towards Vineyard.

“The vehicle continued eastbound here on Center Street as other units were coming into the area,” said Sgt. Holden Rockwell with the Utah County Sheriff’s Office. “They turned around on the vehicle as well. Just as that vehicle came up the overpass, and the vehicle went off the overpass and caused the accident you see behind me.”

After driving off a bridge at 232 E. Center Street, the car rolled into a fence just off the railroad tracks and caught on fire. Orem police pulled the driver from the burning car to safety.

“They were afraid they weren’t going to get him out and that he was going to burn up,” Rockwell said. “But they were able to force him out of that vehicle and get him away from the vehicle.”