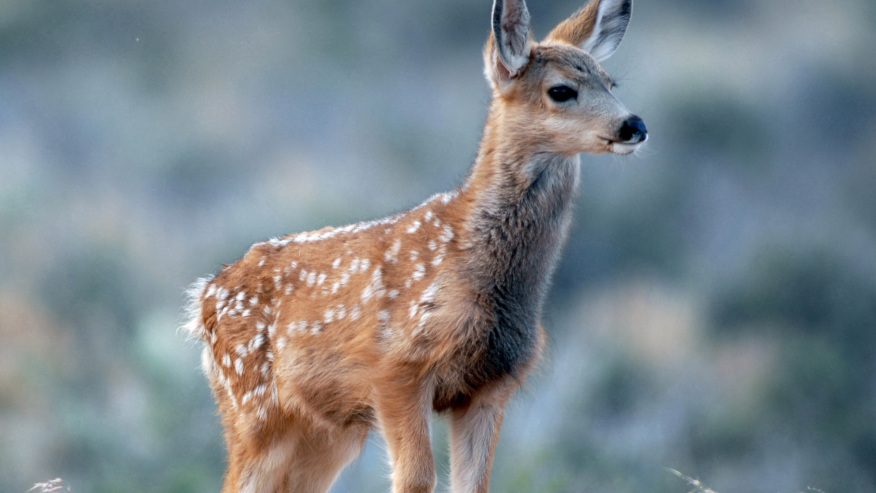 This makes it the first city in Utah to implement this type of zoning, according to city officials.

City officials say the approval enables the city to continue planning for a potential 1300-acre wildlife corridor that will provide a route for mule deer to migrate from two critical habitats in the northwest and southeast areas of the city.

The corridor would also protect other animal habitats and plants.

The wildlife corridor is a collaboration between Eagle Mountain City, the Utah Division of Wildlife Resources (DWR), and the Eagle Mountain Nature and Wildlife Alliance, a resident-based group, according to a press release.

DWR officials say they contributed data on deer migration and are currently working with the Utah Department of Transportation (UDOT) to build a wildlife fence on the south side of SR-73.

The fence is expected to help guide deer to cross the highway through a narrower area, in conjunction with a driver alert system. DWR is also overseeing habitat improvement projects that replace invasive weeds with native shrubs, grasses, and trees within the corridor.

The Eagle Mountain Nature and Wildlife Alliance was tasked by Mayor Tom Westmoreland to conduct research and consult with staff, elected officials, and property owners. Officials say the group has been invaluable in moving the project forward.

“This zoning addition is an important step in the city’s effort to preserve open space and maintain the connection with nature and outdoor recreation that is in large part what draws people to locate in Eagle Mountain,” Mayor Westmoreland said.

Officials say Eagle Mountain City has a unique opportunity being a newer and fast-growing city to proactively address the need for preservation before more development occurs.

The next steps for the project include working with property owners to solidify a plan for the corridor and adjusting current OHV access in the area as needed, according to officials.