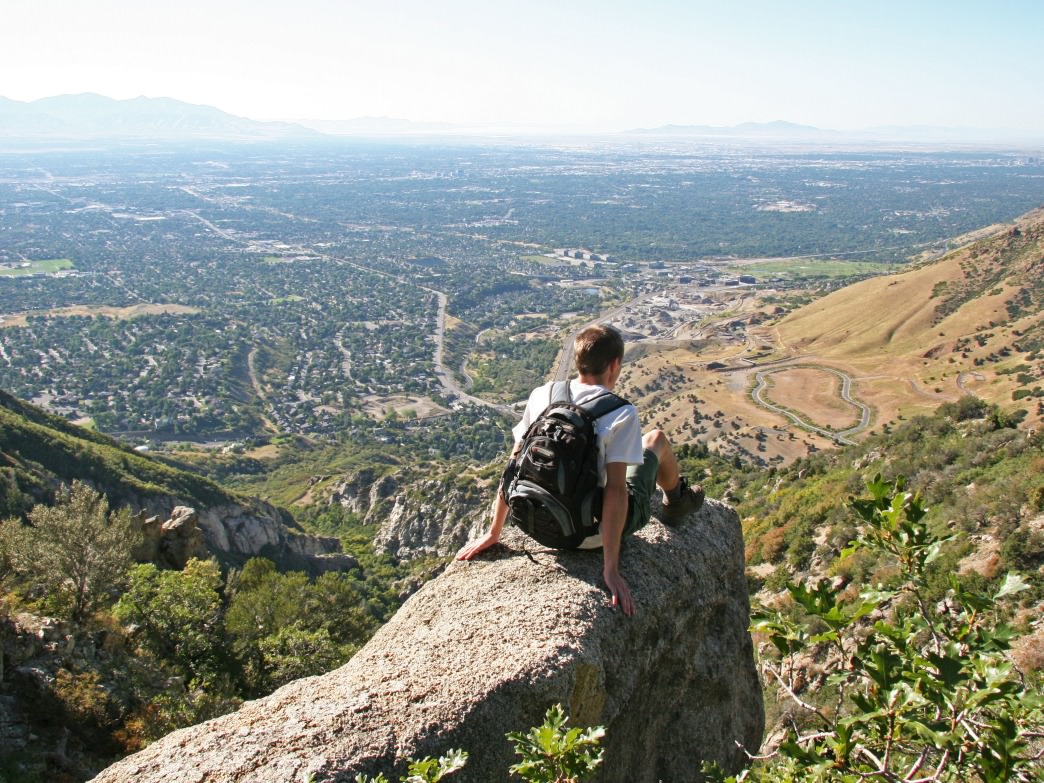 PROVO, Utah – In Cottonwood Heights, a new park will be constructed before the end of the year. The Ferguson Canyon Park (Ferguson Trailhead Parking Overflow) will be accessible from Wasatch Boulevard through Prospector Drive (between Bengal Boulevard and Fort Union Boulevard on Wasatch Boulevard). Preliminary plans for the 3.5 acres include a restroom, pavilion, asphalt loop path, natural path, and a fenced in off-leash dog area.

“An area of this park property will be fenced with the intent to be an off-leash dog park, along with a perimeter around the park,” said Blu Line Designs Senior Landscape Architect Rob Donigan. “When entering the off-leash area, you’ll go through a double gated system.”

In order to not draw regional attention by attributing the area as a dog park, Ferguson Canyon Park will continue to be designed and marketed as a city park.  “We won’t market it as a regional amenity,” Peterson said.

“We can downplay the dog park wording so it doesn’t get thought of as a dog park,” said Mikell. “This is Ferguson Canyon overflow parking; I don’t think we need to tout it as anything more than that. Our residents will figure it out.”

“This is really quite small so I wouldn’t call it a dog park but an off-leash area,” Peterson contributed.

Councilmember Scott Bracken suggested encouraging residents and visitors to think of the off-leash dog area as a supplement, not a destination. “You went to (Ferguson Canyon Trail) and brought your dog. Oh look, here’s an area you can let them run.”

Some potential amenities discussed to include in the off-leash dog area were wash-off stations, combination water foundations with a dog bowl underneath, water hydrants, and water spigots.

While the off-leash dog area will continue to be a point of discussion, it is not the only element of the planned park. The park will have a paved looped path with natural trails spurring from it, along with restrooms, shade kiosks and benches.

“We are open to all ideas so we may be looking at some additional amenities,” said Public Works Director Matt Shipp.

Councilmember Doug Peterson asked about the trees within the area. “We will try to diversify and incorporate a mixture of both deciduous and evergreen trees,” Donigan said.

“The intent is to maintain as much of the existing vegetation as possible,” said Donigan. “As we disturb the site, we will put back the native vegetation.”

An irrigation system has been incorporated in the preliminary plan in both the park and parking lot for survivability of the larger plant material. “Wear and tear will always be a concern. We can keep the existing vegetation while keeping it safe,” said Donigan.

In terms of design for the park, Peterson has made it a point to ensure there will be no chain link fencing. “That would be a detraction, not an amenity.”

Bracken added how the fencing should not allow visibility from neighbors. He mentioned how upset the neighborhood dogs would be if they could see all their friends all day in the off-leash area but couldn’t go out to play.

Mikell inquired about area setbacks for the neighboring resident properties. From any surrounding home, there will be a setback between 30 and 40 feet from the property line to the park.

The Ferguson Overflow Trailhead Concept Plan was discussed by the Cottonwood Heights City Council and Blu Line Designs on March 16. Donigan will incorporate Council’s feedback as he meets with the Cottonwood Heights Parks, Trails, and Open Space Committee for their feedback. He will meet with both entities again before publishing a drafted plan for public comment. After residents provide their own feedback and comments through public hearings and the drafted plan has been adjusted, construction can begin.

“We are pushing to get it constructed by the end of the year,” said Shipp.