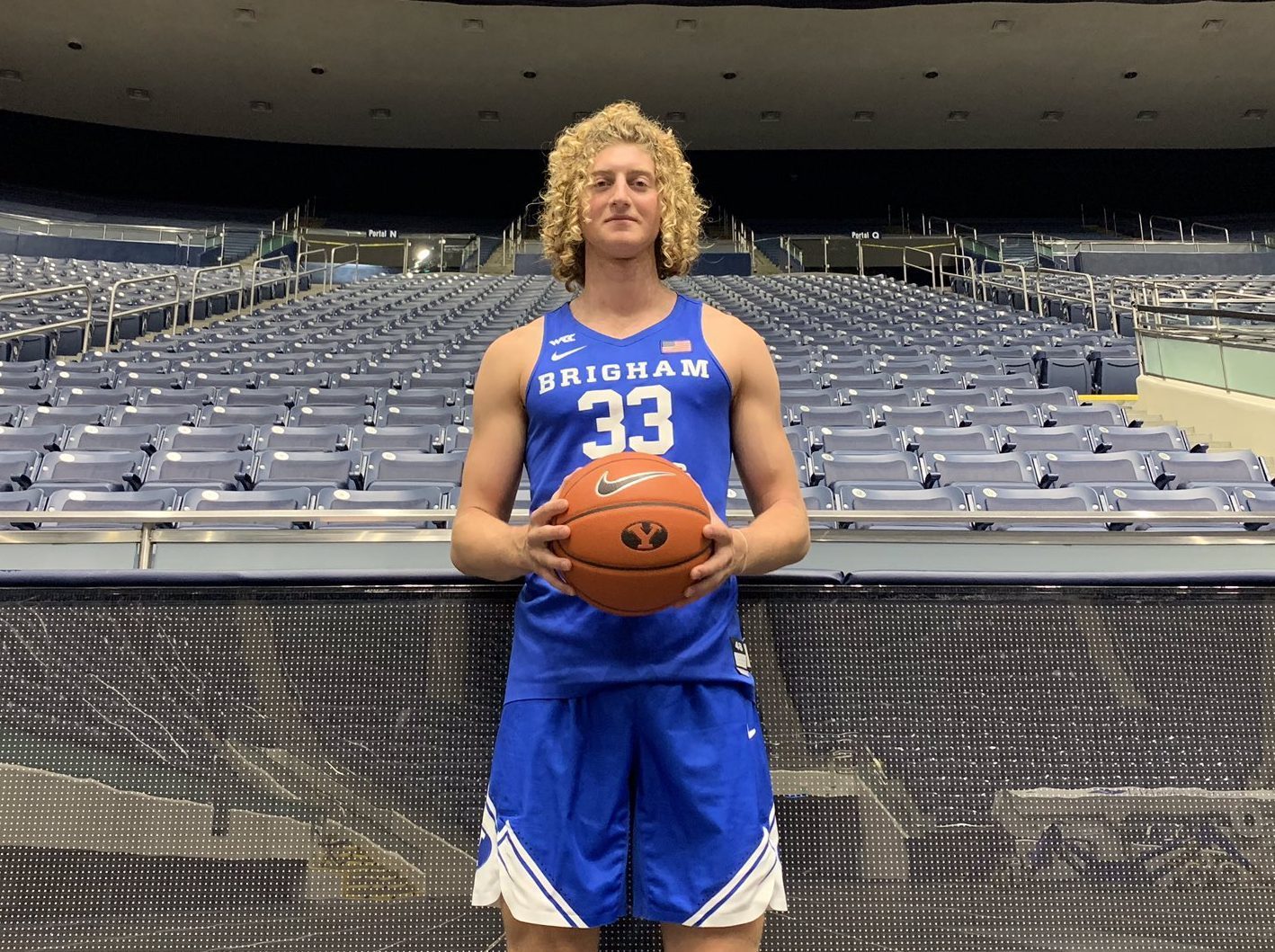 Two weeks after being released from his National Letter of Intent by Utah, Lohner officially signed with BYU Friday. He will be eligible to play in the 2020-21 season.

“Insanely excited to announce that I will be playing for BYU!!” Lohner announced in Twitter. “So excited and blessed to be in the position Im in today. Ready to get to work! I am grateful to Mark Harlan and Coach Krystkowiak for their willingness to grant my release. I have a lot of respect for both of them.”

“Caleb Lohner is an incredibly talented young player with a ready-made college body, a deadly stroke and an intense competitiveness that will be a hallmark of his BYU career,” Pope said. “He is going to bring a unique persona and swagger to Provo that will endear him to Cougar fans. Caleb has lofty aspirations for his basketball career and a steely determination that will help him reach those goals with his teammates here at BYU.”

Originally rom Dallas, Lohner played the last two seasons Wasatch Academy in Mt. Pleasant, Utah, where he was a four-star recruit according to ESPN.com. As a senior in 2019-20, the 6-foot-9 forward helped lead the Tigers to a record of 27-2 while averaging 14.5 points, 5.8 rebounds, 1.7 assists and 1.3 steals.

Before playing at Wasatch Academy, Lohner played his freshman and sophomore seasons at Flower Mound High School in Flower Mound, Texas. As a sophomore, he posted 17.8 points, 8.5 rebounds and 1.7 assists and led the Jaguars to a record of 24-9 overall and 11-3 in 6A Region I District 5 play. Caleb’s father Matt Lohner played at BYU for Roger Reid from 1991-92 and 1994-96.

The Cougars have also signed Dallin Hall (Fremont High School), Richie Saunders (Wasatch Academy) and Tanner Toolson (Evergreen High School) from the class of 2020. They all plan to serve missions for The Church of Jesus Christ of Latter-day Saints before enrolling at BYU.