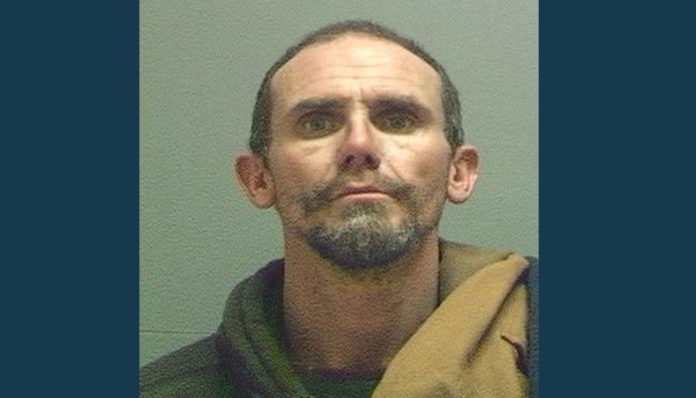 PROVO, Utah — A fugitive has been arrested after a chase on Interstate 15 beginning in Utah County.

A probable cause statement from Salt Lake County said Robert Joseph Dean, 40, is facing charges of:

On Monday just before 3:30 p.m., a Utah Highway Patrol trooper advised that he was tracking a stolen vehicle from Utah County and was now in Salt Lake County.

“I entered the interstate at 5300 South I-15 northbound and waited for the suspect vehicle to pass,” the arresting officer from UHP wrote. “It was a black Dodge Ram without a license plate. I observed the vehicle pass me at about 4100 South and continued to follow it without turning on my lights, while it continued to speed and pass traffic in what seemed to be an attempt to evade us.”

The driver then exited the interstate and the vehicle took off at a high rate of speed through a neighborhood and driving through stop signs, the statement said.

“The vehicle was tracked by helicopter and multiple traffic stops were attempted on the vehicle by myself and other officers when it was located again, but the suspect continued to not yield by driving recklessly to evade us,” the statement said. “We were advised from the unit in the helicopter that he had ditched the vehicle at 4500 South 900 East in the Smith’s grocery store parking lot.”

A description of the suspect was given and troopers were advised that he had entered the store. He was located in the bathroom and was taken into custody.

“During a search of his person incident to arrest, I located a syringe and syringe cap in his pockets,” the statement said. “I located a key to the vehicle in another set of pants that he had on him.”

Dean was transported to the hospital due to a possible heart condition. After being read his Miranda rights at the hospital, Dean said that he had injected himself with methamphetamine Monday morning at about 6 a.m.

Additional charges, including one related to the stolen vehicle, are pending through other law enforcement agencies.

Dean was transported to Salt Lake County Jail, where he is being held without bail.