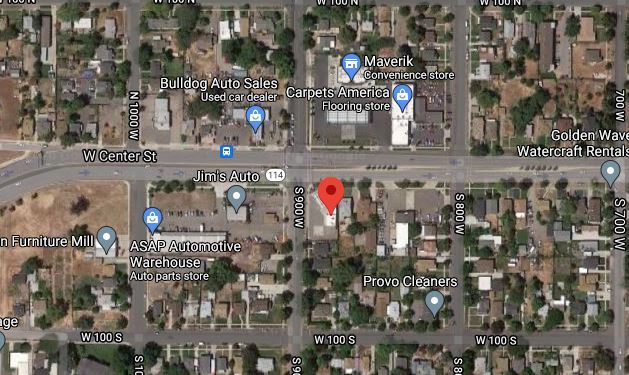 PROVO, Utah – A female employee of a gas station fought back after a man tried to rob her Saturday afternoon in Provo.

According to Provo Police Master Officer Williams, John Bott, 46, entered the Chevron located at 889 West Center just before noon with his hand in his pocket as though he had a weapon. He approached the cashier and demanded money.

The female cashier said she knew he did not have a gun, so she told him no. Bott got upset, took a swing at her, and then came around the counter, Williams stated.

The woman said she tried to fight him off and got into a physical altercation with the suspect but he eventually got a hold of the cash and ran out the door. The cashier followed the suspect as he got into a car with a friend who was driving, Williams said.

After Bott got into the car, the friend asked what was going on and once he was told he had robbed the store, the friend took the money and gave it back to the cashier.

Someone inside the store had called the police and the suspect was still sitting inside the car when officers arrived.

Bott told officers he has a pacemaker and he was concerned over some medical issues so he was transported to the hospital prior to being booked into the Utah County Jail on one count of second-degree strong-armed robbery.

Victims of fatal crash on I-15 in Provo identified