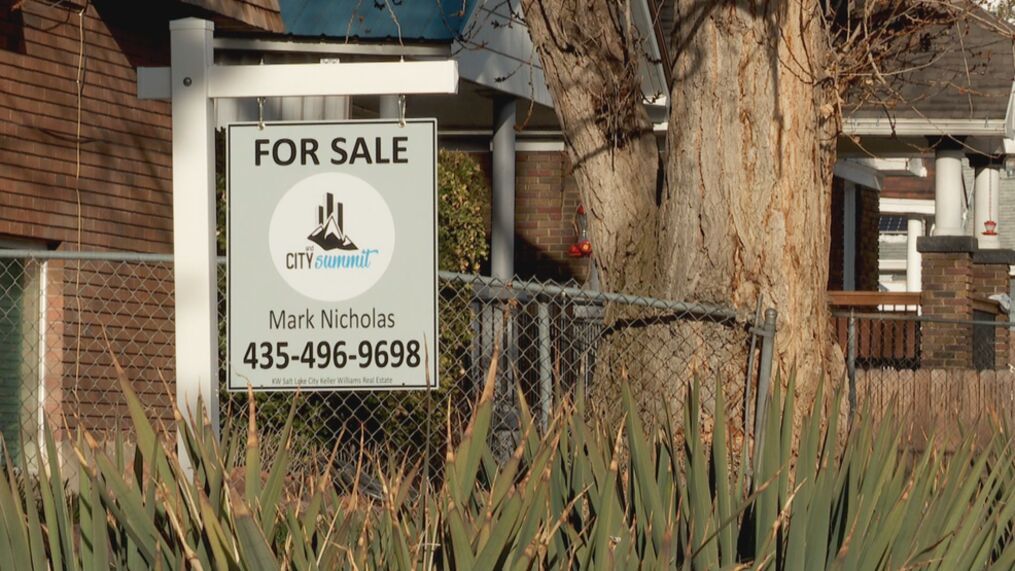 SALT LAKE CITY , Utah — Kristopher and Allison Powell have been looking for a new house for two months.

The Murray couple with two children have put in several offers — some of them without even seeing the place first.

“We know we’re competing against, like, 30 bids probably,” said Allison.

They have enough money for a 20% down payment and great credit. It’s still not enough.

“We didn’t expect to be in this kind of a position,” said Kristopher, “but obviously, we’re not the only ones who feel this way.”

Utah is one of the toughest places in the country to buy a house. The wild housing market recently smashed another milestone as the median price in Utah for all housing types is now over $400,000, according to the Kem C. Gardner Policy Institute. For single-family detached homes, that number is $450,000.

“I had no idea what to expect,” said first-time homebuyer Jeremy Baker. “It’s not what I expected.”

He and his wife, Rosa, are prepared to pay $550,000 for a home. They just want to get out of their Orem apartment.

Clay Winder, a realtor with the Red Sign Team at Keller Williams Westfield Real Estate, said he has never seen a market like this.

“In four days, we received seven offers — all above list price, every single one of them,” said Winder, adding that bidding wars happen in a majority of the houses he sells.

What’s the highest number of offers he has seen on one house?

Dejan Eskic, senior research fellow at the Kem C. Gardner Policy Institute, said — like everything else — you can blame the housing market on COVID-19.

It was like the perfect storm of high demand, low supply, and great interest rates that pushed housing prices to record levels,” said Eskic.

That low supply, Eskic said, was largely driven by fewer homes for sale because of the pandemic. That has led to record prices. Across the Wasatch Front, according to Eskic, “the median sales price has appreciated 20 percent in one year.”

“One-hundred-thousand-dollar increase in four months, roughly,” said Winder. “That is not sustainable.”

But that’s the reality right now — a competitive and fast-paced housing market.

2News visited a recent Saturday open house in West Valley City, listed by a realtor on Winder’s team. During the first 90 minutes, 57 groups of people visited the open house. Several made offers on the spot, including one for cash.

“In this market, nothing surprises me,” said Winder outside the open house.

2News had hoped to follow the Powell family to a similar open house, watching them go inside, look around, and decide if they want to make an offer. But they’re not even doing that anymore.

After their interview, Kristopher Powell texted 2News, “we have decided going to see homes before putting an offer in is truly a waste of time in this market.”

He said they planned to continue to make some offers, but he and his wife are seeing fewer single-family houses “in our price range than we were even a month ago. Prices keep going up.”

“I don’t think that’s a bad idea because I know how aggressive you need to be with your offer, how fast you need to be,” Finch said, adding that she would continue to tour houses personally and hoped to find one soon for her and her husband.

Richard and Alejandra Martinez, speaking to 2News at that same open house, said they had been looking for a house for several months and attended similar open houses each week.

According to the Gardner Institute, analyzing data provided by UtahRealEstate.com, the most expensive county for home prices is Washington County with a median price of $456,750 for all housing types. Salt Lake County came in second at $435,000. Davis and Utah Counties came in next at $415,000 and $403,000, respectively. Weber County’s median price sat at $335,000.

In this competitive market, is there hope for buyers? Not if they’re looking for prices to come crashing down anytime soon.

People ask me on a regular basis, is this a bubble?” said Winder. “The reason why it’s not is because of the offers, and the buyers that are buying these homes can afford the homes.”

Eskic, the research fellow at the Gardner Institute, agrees this is no bubble. He said he expects prices could level out sometime soon but not drop.

“There’s just so much demand for homes,” he said.

2News asked Winder what he would tell first-time homebuyers who want a home but can’t compete.

“To get ready to fight,” Winder responded.

Can they fight? Is that a realistic expectation in today’s market?

Winder suggested three recommendations for buyers. First, get financing in order ahead of time so that their offers are as “good as cash.” Second, use cash creatively, like paying more in earnest money or closing costs. And third, accommodate the seller as much as possible, like offering to lease their home back to them for a month or two if they need.

Winder noted there are many aspects of an offer sheet to negotiate when buying a house. “Price is only one of them,” he said.