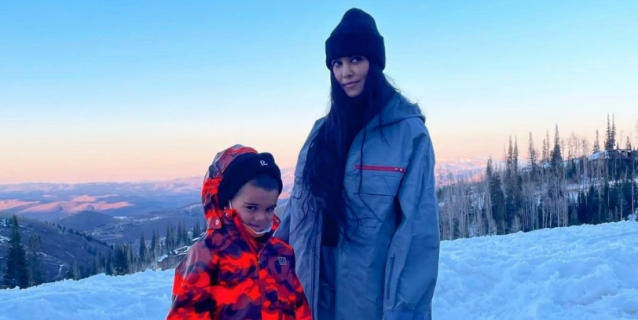 Utah – Kourtney Kardashian and Travis Barker, who have made it very clear they are together, just took their first family trip together—at least the first one they’ve shared on social media. The couple and their kids went to Deer Valley, Utah, where they enjoyed some time on the mountain.

While they were there, they filmed a family TikTok, where they played the viral “Pass the Phone” challenge, which is basically just a game where you pass the phone to someone after dissing them. The video was posted to Barker’s 15-year-old daughter Alabama’s account. Kourtney later shared the video, too.

Also in the video are Barker’s other kids, 17-year-old Landon and 22-year-old Atiana. Kourtney’s sons, Mason and Reign, also make an appearance. Atiana teased her dad for falling while snowboarding and not being able to get back up again. Aww, go easy on him; keeping that perfect balance ain’t easy!

LDS Temple announced for Burley; others in Wyoming, Montana and Utah