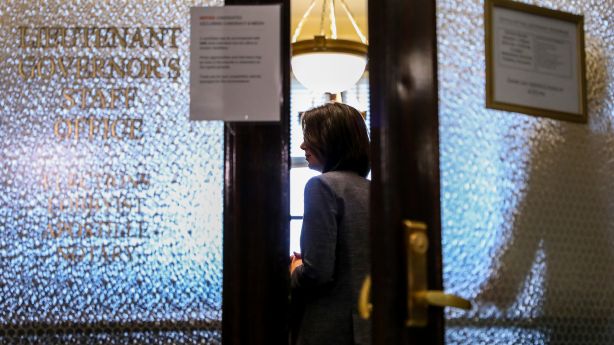 That’s the focus of HB180, a new bill from Rep. Carl Albrecht, R-Richfield, that passed the Utah House Thursday. Albrecht’s bill would create a “neutral advisor” position outside the lieutenant governor’s office to review complaints against his or her campaign.

Albrecht told KSL.com he ran the bill in response to concerns about Gov. Spencer Cox’s own campaign last year. Cox served as lieutenant governor under former Gov. Gary Herbert for years before running to replace his retiring boss; he won a tight four-way primary last summer and then cruised to a general election victory in November.

“We went through this heated governor’s race,” Albrecht said. “Spencer Cox was the lieutenant governor and I had quite a few complaints, as did other legislators. They didn’t feel like they were getting sufficient answers to their questions and complaints. It’s kind of like the fox guarding the henhouse.”

When Cox first announced his candidacy in 2019, he said he would recuse himself from any election-related decisions involving his own campaign or the gubernatorial race. Former Lt. Gov. Gayle McKeachnie was tapped as a neutral third party who could review questions and complaints the lieutenant governor’s office would usually handle.

Justin Lee served as the Utah director of elections under Cox and has retained his position under Henderson. Albrecht said while he understands Lee’s role, he feels the advisor should come from outside the office because “if you work for the lieutenant governor, there needs to be a delineation.”

“And if there’s a legitimate complaint that comes forward, it should be referred to this neutral advisor — for perception, if nothing else.”

Lee said Friday that his office worked with Albrecht to craft the current language of the bill.

“This really matches very closely with what we did in 2019 and 2020,” Lee said, referencing the appointment of McKeachnie. “We know people are concerned when election officials are running for other office, and so we certainly want to make sure that the public knows that there are processes in place to have other people take a look at it so that we don’t have conflicts and the system remains fair and equal for everyone.”

“We support codifying some of those precautionary measures,” Henderson agreed.

Under Albrecht’s bill, the neutral advisor can investigate complaints and then direct the lieutenant governor’s campaign to adjust “in accordance with the requirements of law”; they could also impose penalties or take legal action to enforce the law, if necessary.

And who might make a good neutral advisor? “Anybody that has good common sense,” Albrecht said.

HB180 now heads to the Senate for consideration and then, incidentally, to Cox’s desk if passed.