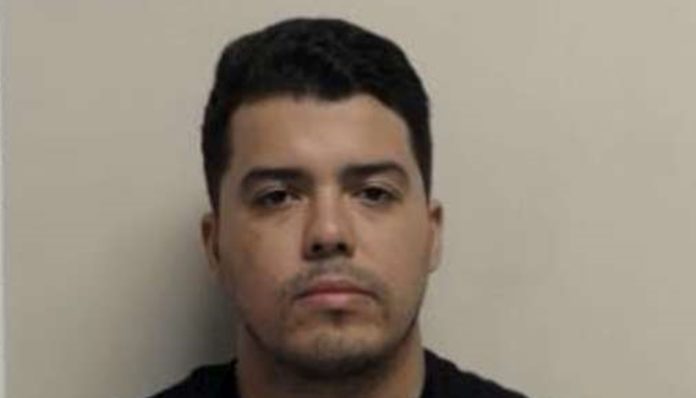 PROVO, Utah — A man has been arrested after he was allegedly found with 20 pounds of meth in a rental vehicle in Provo.

A probable cause statement from Utah County said Alan Jose Elizondo, 30, who is from Sinaloa, Mexico, is facing charges of:

“On Monday just after 11 a.m., I observed a silver smaller SUV travelling east on University Parkway,” the statement said. “The vehicle was behind a separate vehicle. Both vehicles stopped at the red light and then both vehicles proceeded to right turn at the same time. The silver SUV did not stop separately. I had a green light and the silver SUV pulled in front of me.”

The arresting officer conducted a traffic stop on the SUV at 1625 N. Freedom Blvd in Provo for failure to yield when turning right on a red light, the statement said.

“Upon speaking with the driver noticed he was extremely nervous by the way he could not sit still and fidgeting with his fanny pack he was wearing,” the statement said. “The male driver gave me his driver’s license and passport along with a rental car agreement.”

The driver said he had been in Provo since last Monday, Oct. 12, and his vehicle was rented on Oct. 17 and it was scheduled to be returned to Salt Lake City Monday.

“A K-9 responded to my location where it was a positive hit on the vehicle,” the statement said. “I informed the suspect of this and asked if he minded that we checked and he stated ‘no go ahead’. A bag was in the back driver’s seat with a blanket on top. I picked the bag up and immediately noticed the weight. I pulled the blanket back and found 20 bundles wrapped in a blue plastic wrap. for a total of approximately 20 pounds of a white crystal rock shaped substance. The crystal substance field tested positive for meth.”

The suspect was transported to Utah County Jail, where he is being held without bail.