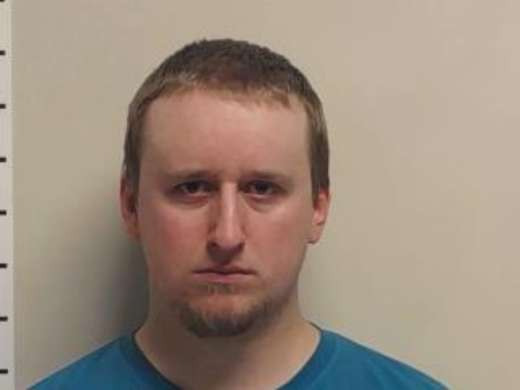 PROVO, Utah– Utah County registered sex offender was allowed to post bail after recently being charged with allegedly violently raping a woman he met on Facebook.

Charging documents state a woman came to the Provo Police Department on September 2 to report a sexual assault that occurred the night before.

The victim told police she had met Adams in a Facebook group at the end of March and went out on two dates but he kept insisting they have sex. The woman told him no that they didn’t “click” and she didn’t want to have a sexual relationship with him.

The woman said Adams kept insisting they could still have sex and just be friends with benefits, but she told him no and to leave her alone. Communication then stopped until August when Adams started contacting her to see if she changed her mind. The woman told him no and then blocked him on Facebook.

Adams then started texting her phone, asking to have sex. The woman said she asked Adams why he continued to pester her and he would not leave her alone until they had sex. She again told him no and to leave her alone.

The woman contacted an admin of the Facebook group and explained the situation with Adams. She was then told Adams had a reputation of not being a nice guy and taking advantage of women and to stay away from him.

Adams then texted her again and asking her where she lived then later told her he found her address.

Adams showed up at the woman’s house unannounced while she was on the phone with the admin of the Facebook group. The admin reported she could hear the victim and Adams arguing and her asking him to leave her home, but he refused, documents state.

The woman said Adams took her into the bedroom and raped her. Police stated in the documents the woman was bruised all over her body and physical signs of trauma related to the incident.

Adams then told the woman it “wasn’t worth it” if she kept crying when she started yelling at him until he left.

The victim said she could then hear the Facebook admin yelling through the phone, she then told them what happened.

The admin who was asked to stay on the phone while Adams was there, told police she could hear Adams threatening her with violence if she did not have sex with him and later heard the victim crying.

The admin told police they were talking with the woman through Facebook messenger and was unable to call 911 as she did not know the victim well and she did not know her phone number or her address.

During an interview with police, Adams admitted to meeting the woman twice but denied any sexual contact with her. Adams also admitted to police he was upset her over denying him sex because he wanted “friends with benefits.”

Adams was allowed to post a $20,010 bail, below the recommended $54k requested by the District Attorney. His initial hearing is set for October 30.

Adams was convicted of unlawful sexual activity with a minor in 2012 and was given a suspended prison sentence and probation, which he violated in early 2014 by not registering as a sex offender.

*This article was written from police reports and charging documents and all information obtained is attributed to the Utah District Attorney and Provo Police. Information in the case, as the investigation continues, could change.*