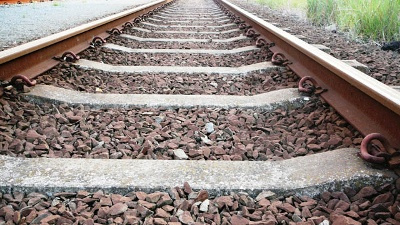 PROVO, Utah – A man was transported to the hospital Monday night after attempting to board a moving train in Provo.

The unidentified man then tried to climb through a moving train.

Union Pacific reports the man was transported via ambulance to Utah Valley Regional Hospital with injuries to his foot.

No other details are immediately available.

Just days before Christmas, men identifying themselves as special agents gave notice to unsheltered residents at Camp Last Hope in Salt Lake City. The notice reportedly came because the individuals were on property belonging to Union Pacific.

“We’re giving you to next Wednesday the 30th because you are on private property,” an agent is heard saying in a video. “You need to have everything out of here, okay?”

The homeless encampment is located near 1276 South and 500 West in Salt Lake City.

“We’re not going to put up with that, and that’s exactly why we’re going to stand firm here,” says Tyeise Bellamy, Founder of the Black Lives for Humanity Movement. “They have nowhere to go.”

ABC4 first visited the camp earlier in the month. It’s where we met “Bless.” She’s one of four pregnant women currently living in the camp.

“We’re trying to build a community, but we don’t have that,” said Bless. “We don’t have people are going to beat up or rape us, or hurt us, or do whatever.”

The special agents who showed up told the unsheltered the tracks were still active.

Bellamy says the camp has been there for more than a week and a train hasn’t passed through.

Most Americans ‘supportive’ of getting COVID-19 vaccine, but also worried about side effects