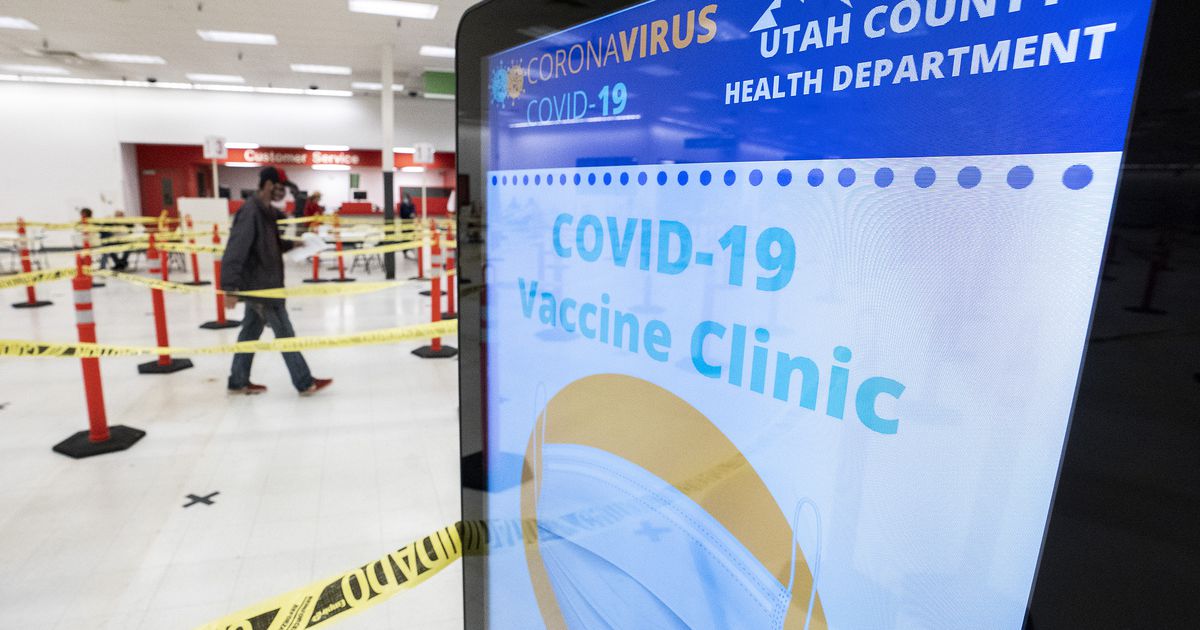 PROVO, Utah – For the second day in a row, more than 40,000 COVID-19 vaccines were administered in Utah. And the number of those fully vaccinated now exceeds 540,000.

At the same time, the Utah Department of Health reported six more deaths caused by the coronavirus. All six were patients ages 65 and older, and four of the deaths occurred before March 1 and were only recently confirmed as COVID-19 related.

Case counts in Utah have plateaued to levels not seen since September, Dr. Eddie Stenehjem, infectious diseases physician at Intermountain Healthcare, said Friday. “This is a good spot for us to be currently in, in Utah.”

Deaths reported in past day • Six.

Salt Lake County reported two deaths: A man and a woman, each between the ages of 65-84.

Hospitalizations reported in past day • 138. That’s up two from Thursday. Of those currently hospitalized, 46 are in intensive care units — four fewer than on Thursday.

Percentage of positive tests • Under the state’s original method, the rate is 7.3%. That’s slightly higher than the seven-day average of 6.9%.

The state’s new method counts all test results, including repeated tests of the same individual. Friday’s rate was 3.0%, lower than the seven-day average of 3.4%.

“This is a time to be optimistic,” said Stenehjem. “Our cases are going down. They’ve plateaued … back to that level we had early in the pandemic, around September. Our hospitalization numbers have certainly improved.”

Health experts are concerned, Stenehjem said Friday during Intermountain’s weekly COVID-19 community briefing on Facebook Live, that spring break — and new variants to the coronavirus — could cause a “fourth wave” of cases. Even so, “at this point, a rise in cases may look different than a rise in November and December,” Stenehjem said, because fewer older people are likely to get sick, because they have been vaccinated against the virus.

Utah is a week away from April 10, the date Utah political leaders set to end the statewide mask mandate, but Stenehjem recommended Utahns keep wearing their masks and practicing social distancing in public.

“There’s not going to be any difference in community transmission between April 9 and April 10,” Stenehjem said.

Intermountain’s rules require visitors, patients and staff to wear masks — and those rules will remain in effect after April 10, Stenehjem said. “We’ll take the masks off when epidemiology tells us it’s OK to do so,” he said.

Even though Gov. Cox signed the bill the Utah Legislature passed that ends the mask mandate on April 10, he still thinks masks are a good idea. In a memo this week, Cox told state employees that they will be wearing masks in their state offices through May 31.

Also Friday, the Federal Emergency Management Agency announced it is providing Utah more than $17.1 million in additional public assistance funding for the state’s response to COVID-19. The funding was made available after a major disaster declaration issued Sunday.

So far, FEMA has provided Utah a total of $108.5 million in aid to the state’s COVID-19 response. Information about FEMA’s public assistance program is available at www.fema.gov/assistance/public.