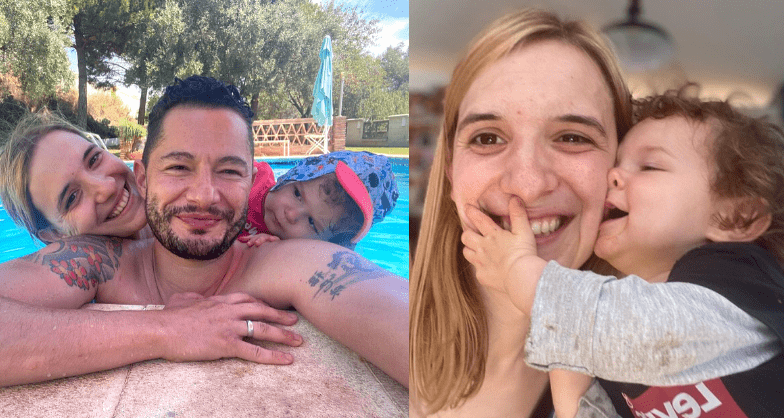 After much waiting and much anticipation, Jake and Hannah were eagerly waiting to see their newborn baby girl who was born via surrogacy in April 2020. But about an hour after their daughter was born, the two of them were in tears in the car park of the hospital because a nurse refused to let them see their baby. The transgender couple spoke to a bemused nurse, who said she could not reveal any information about where the baby was because they weren’t the child’s “legal parents.”

“I called the ward that we had the number for and this very busy and rushed off her feet nurse said I can’t tell you where the baby is because you are not the legal parents,” Jake recalled while speaking on the podcast, Happy Mum, Happy Baby, as quoted by the Daily Mail. “So, you can imagine you’re in the car park and we are both nearly in tears. The baby had been born an hour prior to that. And this woman is literally saying you are not her legal parents I can’t give you any information as to where she is.”

“She said ‘I’m sitting here with the mother now’ and I actually said ‘I’m with the mother in the car,'” Jake went on to say. “This woman was obviously very unimpressed.” It was only when the surrogate mother’s friend and birthing partner allowed them into the ward when Jake and Hannah could finally meet their beautiful little baby.

“Our baby was tiny and covered in blood and we just both held this tiny little thing and just it was a dream come true,” said Jake. “…We were allowed our own little room for the three of us we stayed probably until about 6 in the evening and they talked us through how to bathe her and change her and feed her.”

A year has passed since their baby, Millie, became a part of their lives, and both Jake and Hannah could not be more grateful. They are reportedly UK’s first transgender parents are are still in touch with Millie’s surrogate mother, Laura.

Jake, who is a well-known actor and director, transitioned in the year 2008. A few years ago, he decided to freeze his eggs because he knew that he wanted to be a father at some point. His wife, Hannah, worked for the British Army and came out as a transgender woman in 2013. She went on to become the highest-ranking transgender officer in the British army before taking up a career in finance.

Since starting their family together, the couple calls Millie their “greatest gift of all.” Jake still can’t believe their dream has come true, and he still finds himself asking Hannah: “Can you believe we have a baby?”

The couple is grateful for all the support they have received since welcoming Millie into the family, and they are glad their life is serving as an example of how trans people can also live “a fulfilled life.”

“I grew up with zero positive trans role models, feeling like I was the only person in the world who felt like me,” Jake said. “Giving others the visibility I never had will help people. And not just trans people, but their families, who may have lost hope that their child can live a fulfilled life with a partner and children, and also women who cannot carry their own child.”