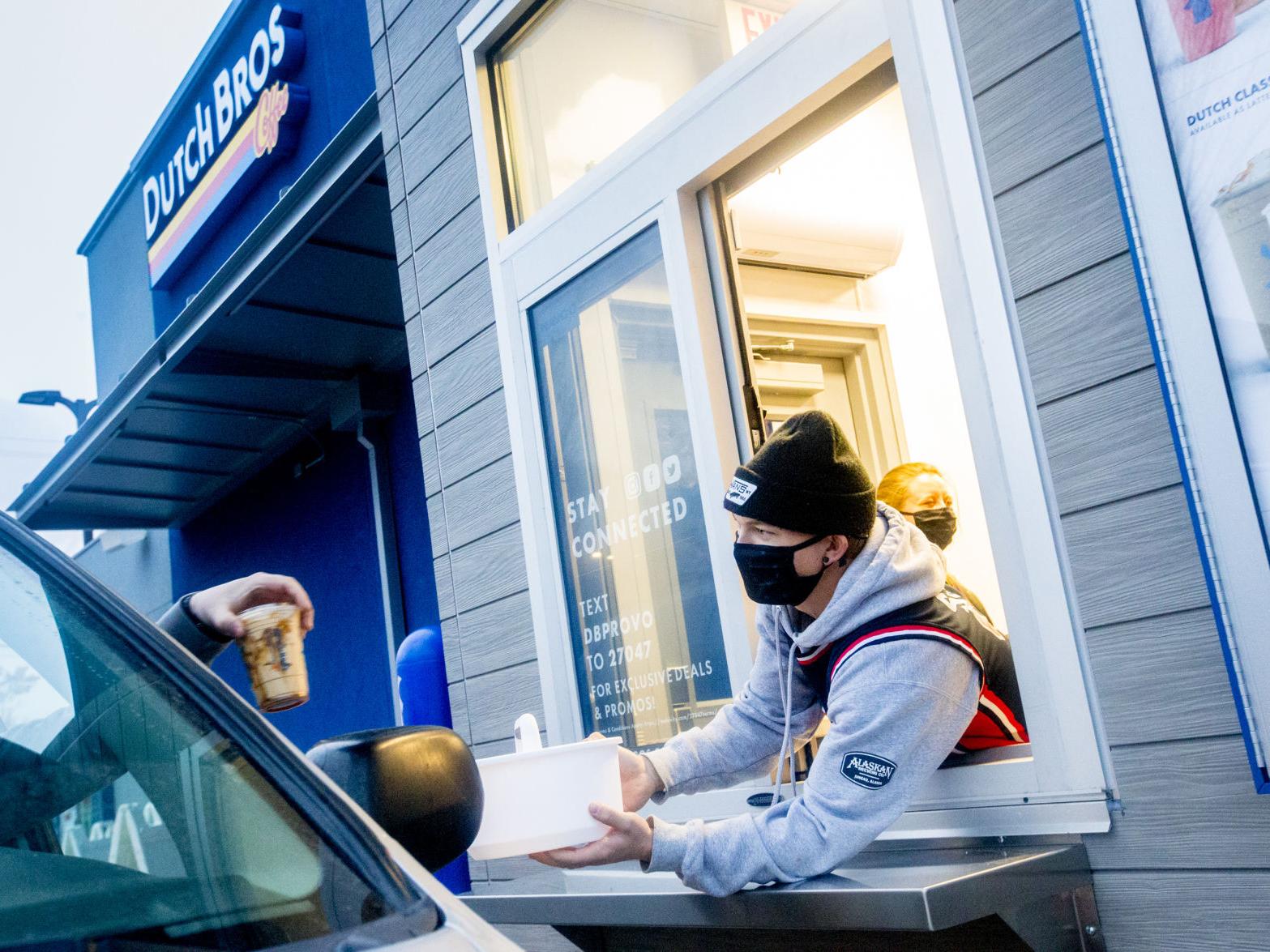 PROVO, Utah — Another Dutch Bros is set to open this month in Utah County.

The new Dutch Bros location in Provo is located at 1310 N University Avenue and is scheduled to open Thursday, Dec. 31, ahead of its original opening date in February.

The Provo location will be the companies 438th shop. Dutch Bros is the nation’s largest family-owned drive-thru coffee company with all drinks handcrafted for each customer. Dutch Bros Coffee has more than 400 locations and 12,000 employees in nine states. The company was founded in 1992 by Dane and Travis Boersma in Grants Pass, Oregon.

While the anticipation of the coffee shop’s arrival has been exciting, Matt Kilgore, operator of Dutch Bros Provo, says opening a business during a global pandemic has had its challenges and has “definitely thrown a curveball in the way things go.”

Kilgore says the year’s unique circumstances has made them think outside the box. He explains that the element most impacted by the pandemic was the way they hosted hiring events.

He says in the past, they have held hiring parties when a new location opens. This year, in efforts to follow social distancing protocols, they created a new arrangement.

Hiring interviews were conducted virtually or where social distancing was an option. Kilgore says the new arrangement allowed the company to maintain hiring quality while being COVID-19 safe.

Dutch Bros headquarters in Oregon also assisted the Provo location in preparing for a safe, successful opening in the midst of the pandemic. Kilgore says they followed step-by-step safety to make sure all rules and regulations were followed.

All Dutch Bros employees are required to wear masks, practice good hygiene, and follow all state and local health recommendations.

Kilgore says, in general, Dutch Bros is joining the Utah County community to be more than just your local coffee shop. They want to be part of the community. Serve, suffer, and live with the community, be apart of every day, Kilgore explains.

“When times are hard that’s when the best humans step and serve the community with love…that’s what Dutch Bros does best,” Kilgore adds. He says Dutch Bros finds a way to keep everyone safe while doing what they love.

Kilgore moved from Boise, Idaho, to Utah County in early December. He says he is committed to the community and can’t wait to open shop and get involved. He feels Dutch Bros is really good at emerging themselves into the communities they serve.

“What really got me hooked was the ability to coach and train other humans, not to just make coffee but to be a good human,” Kilgore shares. “Watching what a building with four walls can do for a community.”

All Dutch Bros locations host three main local give backs a year. Kilgore says community members looking to get involved can check out their social media accounts for dates and events.