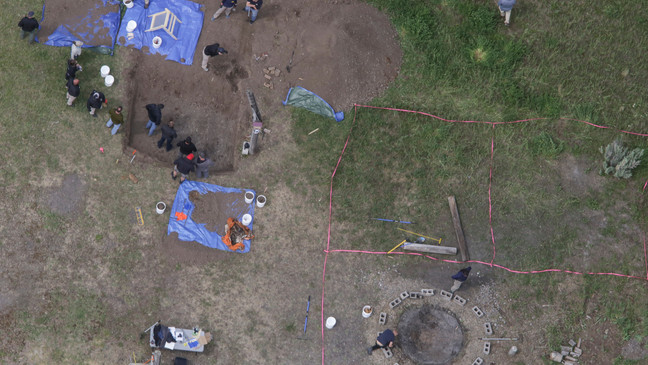 Daybell is charged two counts of conspiracy to commit destruction, alteration, or concealment of evidence after the bodies of her two children, 7-year-old Joshua “JJ” Vallow and 17-year-old Tylee Ryan, were found buried on her fifth husband’s Idaho property last June. Investigators believe Cox is tied to the children’s deaths, but it’s not officially been released exactly how.

“Our detectives are coming out,” an officer is heard in the video. “If you guys are not transporting him, just leave him be because we have other stuff we have to do at the house.”

He was transported to Banner Gateway Hospital, where he was pronounced dead, East Idaho News reported.

“Just from walking around the house, my assumption would be it’s probably drug-related because of little blowtorches down there,” an officer said in the video. “Usually, people don’t have the blowtorches for anything other than [drugs].”

An autopsy and toxicology report released in May 2020 revealed Cox did not have illegal drugs in his system and his cause of death was determined to be natural. A pulmonary blood clot reportedly killed the 51-year-old.