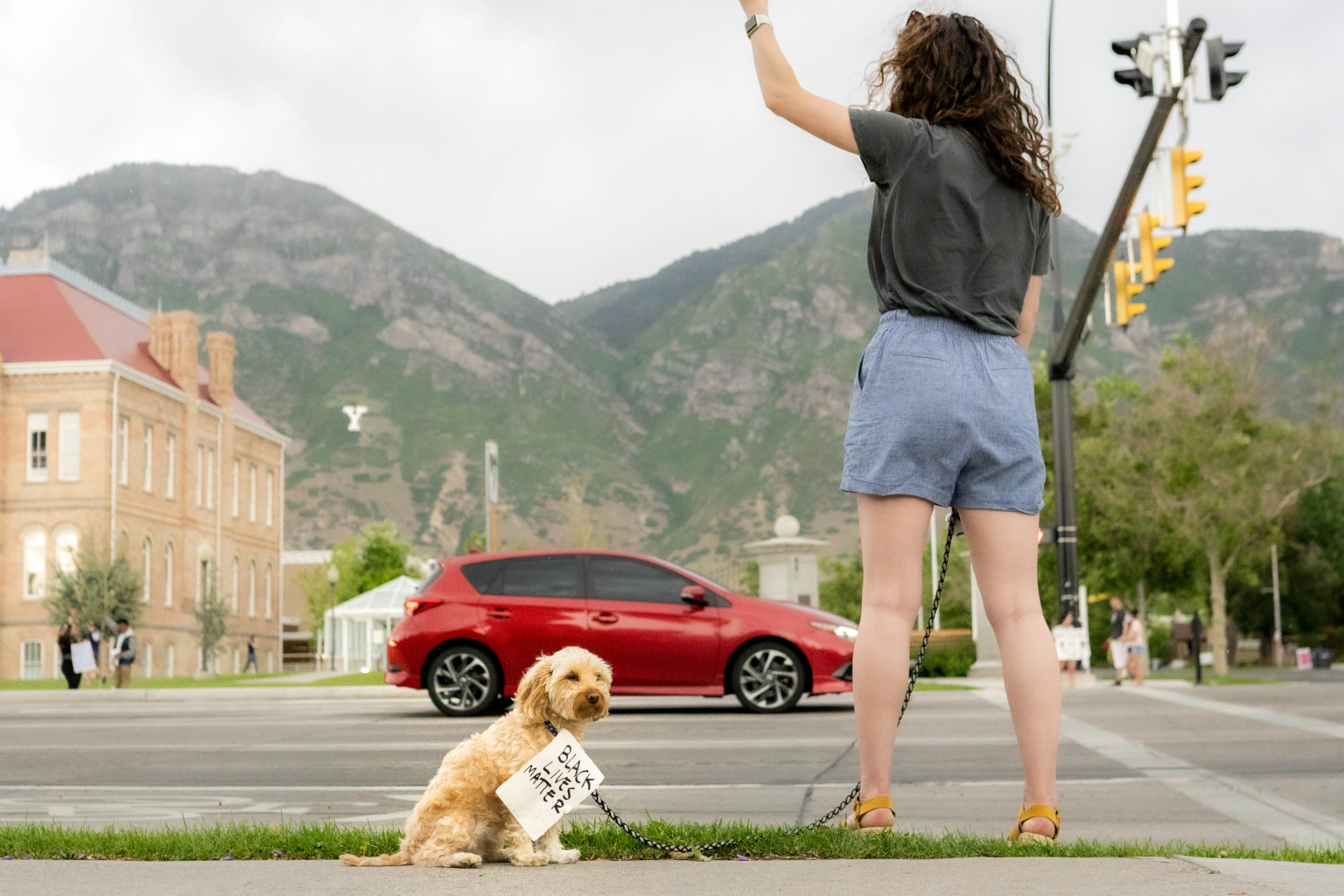 PROVO, Utah – Dozens of protesters peacefully gathered by the city library Saturday, May 30, to protest police brutality in the wake of the death of George Floyd, a black man who was violently held to the ground by a police officer in Minnesota this week.

The protesters in Provo drove down University Ave and stood on the side of the road near the library chanting “Black Lives Matter,” raising fists in solidarity with other protests happening around the country. In contrast to the protests that saw fires and clashes with police, the scene in Provo was calm. Passing cars honked in support, and the group raised different signs which read phrases from “Black Lives Matter” to “Am I Next?”

Many attending were willing to express their feelings. “I feel like, being a white woman, I have privilege and the opportunity to use my voice and my platform for good,” a protester named Kaylee said.

Selena, who identified as Chicana, said that she wanted to show that there is a voice for minority communities. “We need a voice right now. If it doesn’t happen now, then when?”

Another protester stated, “We shouldn’t have to be here right now.”

The protests by the library were bolstered by others near Center Street. Overall, it was very powerful for those involved.