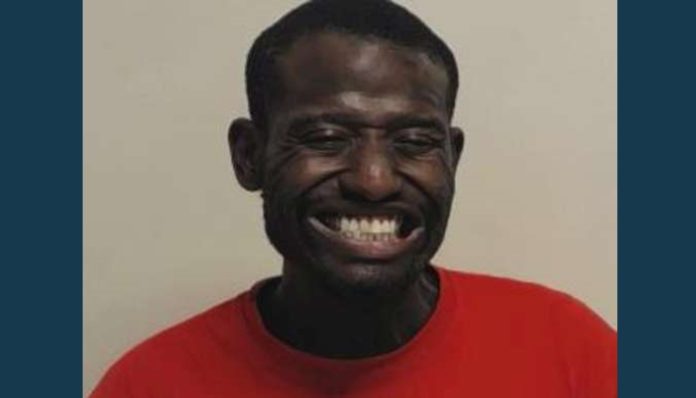 PROVO, Utah — A Provo man allegedly stole a wallet from a hospital employee then used her financial card to make a purchase before stealing two cards from another victim.

A probable cause statement from Utah County said Terell Adam Gray, 34, is facing charges of:

On Wednesday, the arresting officer responded to a reported theft that occurred the day before.

“The victim reported that her wallet was stolen out of her purse while at work at Utah Valley Hospital in Provo,” the statement said. “She stated that her Utah Community Credit Union card was used to make a purchase at Smith’s Marketplace in Provo.”

Approximately 36 seconds after entering the office, Gray is seen exiting the office with what appears to be a wallet. He can be observed placing the wallet in the side pocket of his pants.

“Video footage obtained from Smith’s show Terell at a checkout stand at the store, approximately 26 minutes later, making a financial transaction with a card,” the statement said. “Witness statements, transaction documents and video footage reveal that the reported stolen UCCU card was used at this time to make a purchase of a Visa gift card, in the amount of $256.97.”

On Thursday, the arresting officer was at Smith’s Marketplace obtaining additional video of the original burglary that occurred.

“Upon exiting the store and entering my patrol vehicle, I observed Terell ride up to the front of the store on a green bicycle, wearing a red hat, red shirt, red shorts and black shoes,” the statement said. “I then observed Terell enter the store. Video surveillance, witness statements and transaction documents showed Terell in the store, attempting to make another purchase with a different transaction card. The card was used and declined four times.”

Officers staged outside of Smiths, took Gray into custody and placed him under arrest. Upon searching Gray incident to arrest, two financial cards were allegedly found in his possession belonging to another man. One of the transaction cards that was removed from Gray’s person matched transaction documents from the four declined transactions.

The arresting officer made contact with the male victim who had had his cards stolen. He told officers he was notified at approximately 12:40 p.m. Thursday of an attempted use of his card at the same Smith’s location. He stated that the two cards removed from Gray’s person were stored in a desk draw at his place of business, located at 250 N. University Ave. in Provo. The male victim stated that an employee told him that he had exited the business and upon return, observed Gray sitting on a couch inside of the business. After which, the employee escorted him out. Both the victim and the employee stated that they did not know who Gray was and that he was not a client or expected customer at the business.