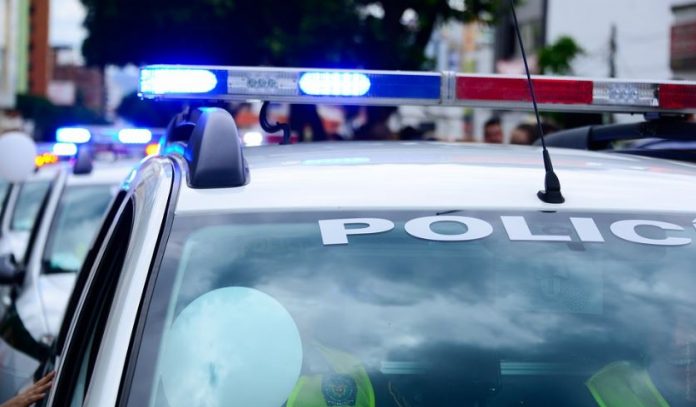 PROVO, Utah— A Provo driver was arrested Monday after allegedly hitting a 3-year-old child in a crosswalk.

A probable cause statement from Utah County said Michael Quintin Mills, 24, is facing charges of:

The arresting officer responded to West Park Drive and Spanish Fork River Trail in Provo on reports of an auto-pedestrian accident with injury Monday.

“It was determined a pedestrian that was 3 years of age, was struck by the vehicle while crossing at a crosswalk,” the statement said. “The driver, Michael Quintin Mills, was traveling eastbound on West Park Drive. Michael admitted to having a phone in his hand looking at GPS. Michael stated that he was traveling 18-20 miles per hour.”

Mills further stated that he was about 30 feet away from the crosswalk when he looked up and noticed the child crossing. He stated that he slammed on his brakes and was not able to stop at the time of impact. He admitted to officers that he had smoked marijuana on Sunday evening.

“Michael also admitted to have containers of marijuana residue in his vehicle,” the statement said. “Officers on scene also smelled the odor of raw marijuana emitting from the vehicle.”

Due to information given to officers by Mills, a K-9 officer was requested to conduct a vehicle sniff. Officer Davis and K-9 Iceman conducted a vehicle sniff, and at the conclusion, the handler stated probable cause existed to search the vehicle and a vehicle search was conducted.

Items found within the vehicle included two empty beer cans, a liquor bottle one-fifth full of a clear liquid, a glass pipe with residue, a grinder with residue of a green leafy substance, THC cartridges, one vape pen with a full THC cartridge attached, roll papers and “an improvised bong,” a toilet paper roll with dryer sheets inside, the statement said.

Mills was transported to Utah County Jail; his urine had a positive result of THC.

Mills’ bail has been set at $4,190. He has previous arrests for possession of marijuana and open container.

The child was transported to an area hospital to undergo surgery, and is expected to recover.