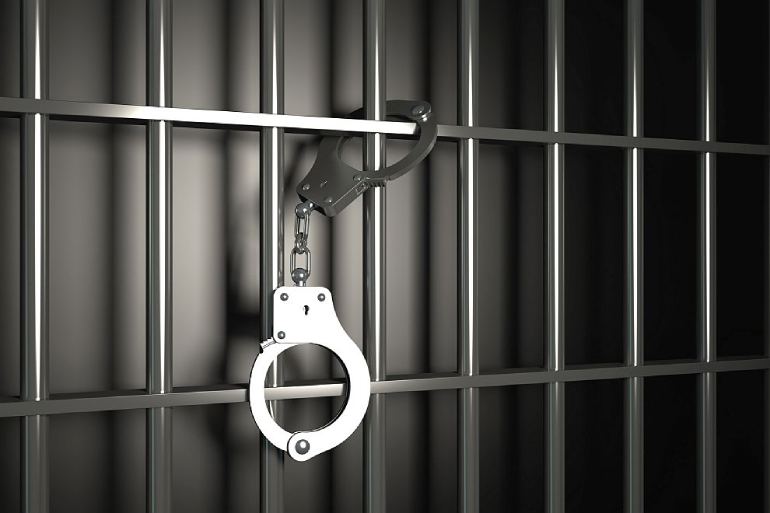 PROVO, Utah – A 25-year-old Provo man is facing multiple felony charges after police said he locked a woman in a bathroom, forced her to drink toilet water and threatened to kill her.

Charging documents state officers responded to a report of a domestic incident on July 24. It was reported that Sebastian Jones had arrived a location he had previously been trespassed from near 70 East 300 South.

A woman in the home told officers Jones struck her multiple times with his fists and a glass vodka bottle. The woman said she was able to get to the bathroom and lock the door. Jones then grabbed a large kitchen knife and stabbed the door numerous times, creating a hole in the door so he could see the victim in the bathroom. While stabbing the door, Jones allegedly told the victim he was going to torture her for three months and kill her, according to documents.

Jones told her he would kill her if she did not drink the water from the toilet. He then grabbed a corded lamp and tied the bathroom door and a different door together with the electrical cord so she could not get out of the bathroom, documents state.

The woman said she heard Jones leave the room and she used her body to break open
the door and try to escape but when she got outside and screamed for help, Jones came running back toward her.

Jones was stopped by a citizen and eventually ran away from the scene.

Officers located him a short time later and had difficulty arresting him. As he was placed into the patrol vehicle, he turned his head and spit at the officer. During transport, Jones was able to move the netted hood of a spit shield up and tried spitting on the officer through the vented plexiglass as he was driving, documents state.

Documents also state Jones threatened three different officers while they separately transported him to the hospital and the jail and said he was going to torture them and kill them.

Support for victims and survivors of domestic and intimate partner violence is available 24/7: 1-800-897-LINK (5465). If you or someone else is in immediate danger, or in an emergency, please call 9-1-1 immediately

The article is written of charging document submited by the District Attorney. All individuals are innocent untill proven guilty in a court of law.