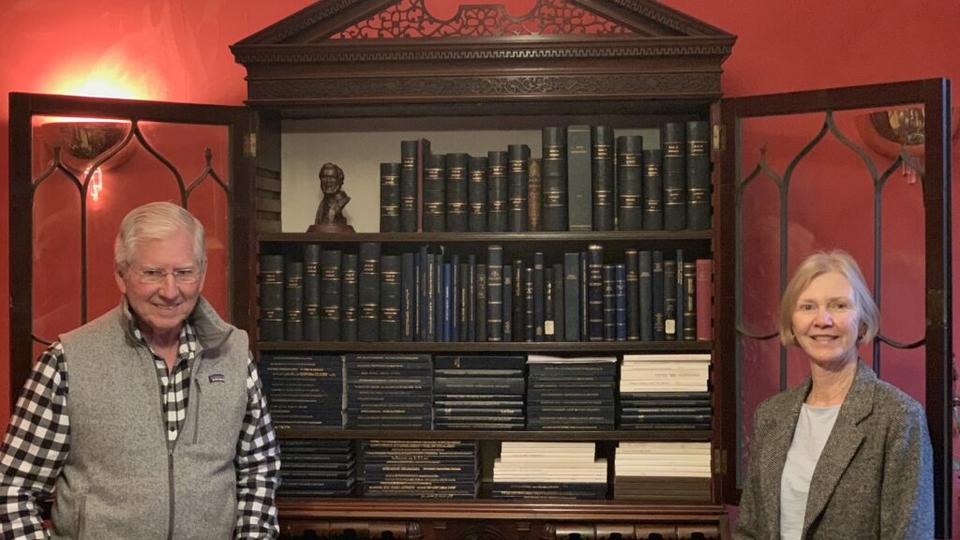 PROVO, Utah – A recent donation to Brigham Young University of approximately 150 original editions of the Book of Mormon — in a variety of languages — traces the scripture’s beginnings to a fortuitous surprise thousands of miles from the Church-owned school.

Virginia residents William and Carolyn Ingersoll were visiting an antique shop in Baltimore, Maryland, in the early 1970s.

“A friend we were with mentioned to us that his son had purchased an original copy of the Book of Mormon, the 1830 edition,” William Ingersoll told the Church News. “Just after he had said that I turned around, looked in this cabinet next to me, and there was a Book of Mormon.”

The Ingersolls soon learned the copy was not merely old — it too was from the initial printing of the Book of Mormon.

The proprietor wanted $10,000 for the book. The Ingersolls talked him down a few grand and bought the rare copy — commencing a decades-long journey of building a collection of first-edition printings of the Book of Mormon that would form the couple’s recent donation to BYU’s L. Tom Perry Special Collections ofthe Harold B. Lee Library.

The Ingersolls’ gift was finalized late last year and is being analyzed and studied at the library. The collection includes several copies of the 1830 edition of the Book of Mormon as well as scores of first-edition translations in different languages.

For several decades, the couple stored the collection in their Washington, D.C., area home, where it was always a thrill for missionaries, visiting Church leaders and other guests to their home to see the vast treasure trove of rare copies of the sacred text on display.

“It was a lot of fun showing it to our guests and members of our family,” Ingersoll said.

Still, the Ingersolls felt the books deserved a wider audience. Their own personal testimonies of the Book of Mormon ultimately prompted them to donate the vast collection to BYU — the couple’s alma mater and a place of learning and spiritual education they had both come to love.

“We knew the books would be very important and special to others,” Ingersoll said.

Despite the obvious commercial value of the collection, the Ingersolls said they haven’t second-guessed their decision to donate it to BYU.

“We realized from the beginning that our purpose was to get these books in the right hands,” Ingersoll said. “We knew that the Church [and BYU] could keep it for generations and take good care of it. We never did this to make a profit.”

Grateful library officials call the Ingersolls’ donation a blessing for BYU and far beyond.

“We previously had only a single copy of most of the editions the Ingersolls donated,” Greg Seppi, BYU’s assistant librarian and curator of Mormon and Western Americana, told BYU University Communications. “We now feel much more comfortable putting the books in public hands. Visitors come to BYU from all over the world, including students, researchers and visiting dignitaries. For many, holding a first edition of the Book of Mormon printed in their nation or language is an incredible experience.”

For the Ingersolls, their donation was anchored to their testimony of the Book of Mormon and its divinely driven power to change lives. A Church convert, Carolyn Ingersoll hopes the donation can help others build on their own witness of the truthfulness of the latter-day scripture.

“It is wonderful to contemplate how people will feel when they see these books in all these different languages and understand the far-reaching [influence] of the Book of Mormon,” she said. “It’s been said that the Book of Mormon will be spread throughout the world — and it clearly has.”

Anyone can see the books in Special Collections during normal operating hours or locate the collection in the library catalog by searching with the Ingersolls’ names. A formal display is also expected in the future.