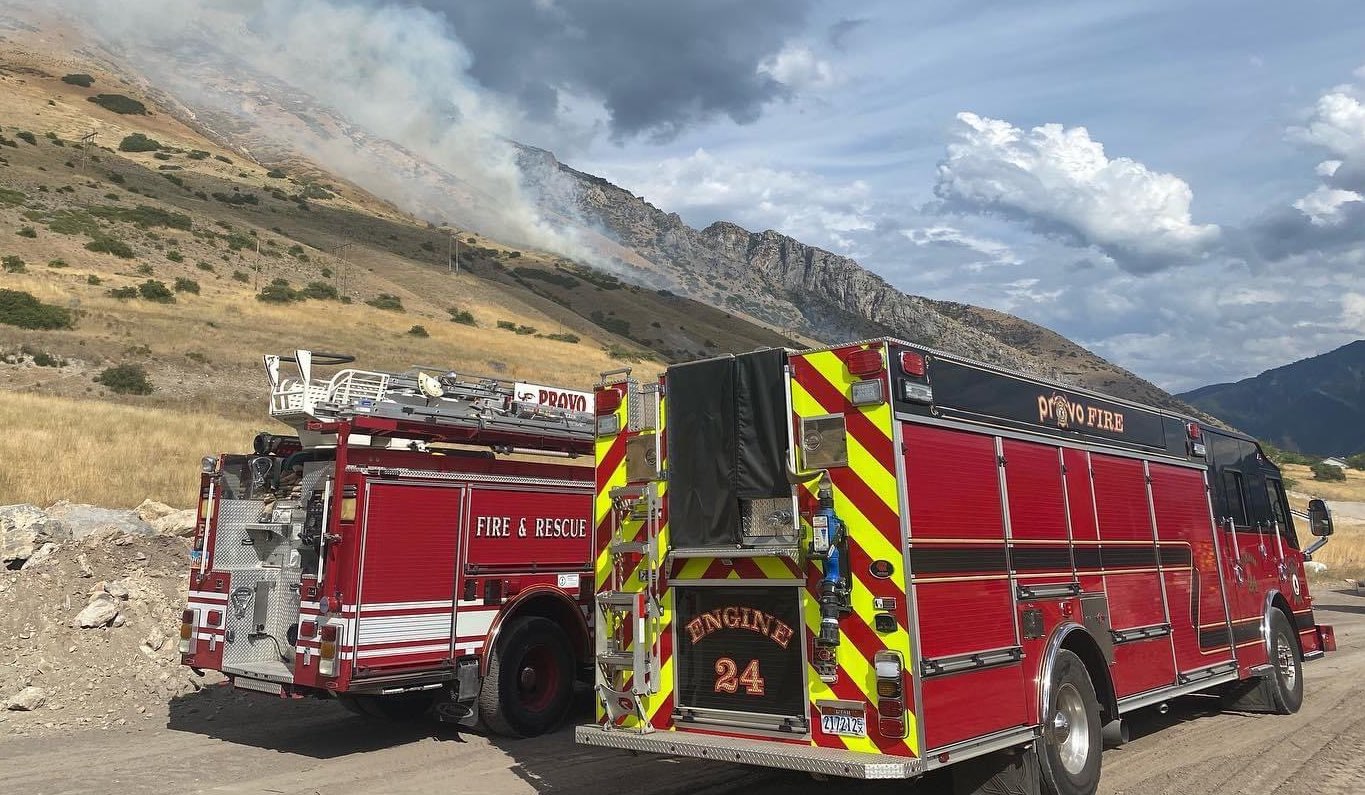 Springville, UT – According to the statement, the Springville Fire Department crews responded to a report of a fire on the mountainside in the area of 1400 North Main Street.

The wind is pushing the fire quickly up the slope as it blows from south to north, officials said.

Authorities further claim that the fire is not presently endangering any buildings.

Along with the Springville Incident Department, the location of the fire also had teams from Provo, Mapleton, and Utah County Fire. Assistance is coming in from the air thanks to two helicopters and an air tanker.

The fire is 40 acres in size, according to Utah Fire Info.

The public is being asked to avoid the area by the authorities.

The Utah County Sheriff’s Office reports that a person has been taken into custody in connection with the beginning of this fire.