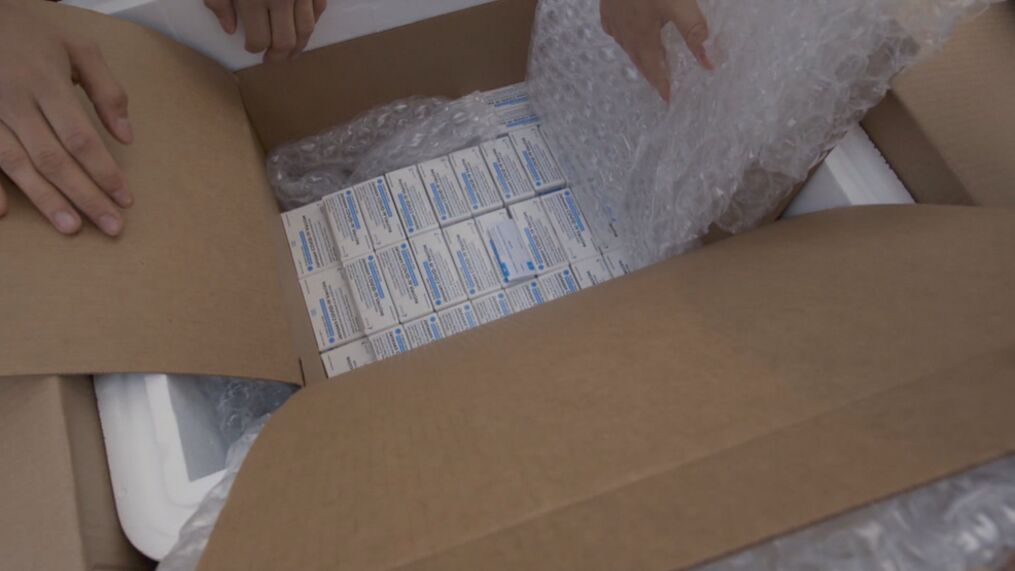 “That is one of the largest jumps we’ve had,” he said.

Lakin says of those in the state eligible to be vaccinated, we’re at about 35%. Seventy percent is when herd immunity could be reached.

Those in the 16-plus population that could be fully vaccinated, if all the doses are used, we could have close to 70% of the population vaccinated by the end of May,” Lakin said.

And, it could help reach the goal of herd immunity quicker, since the J&J does is “one and done,” Lakin said.

The state expects its allocation of J&J vaccines to remain steady through the month of April. After 2News spoke to Lakin Wednesday, the Associated Press and the New York Times reported that a batch of J&J vaccines failed quality standards and could not be used. The Times reported that would impact future doses, not those currently being delivered to states. It wasn’t immediately known whether and how Utah’s allocation would be impacted.

While allocations of the J&J have so far been lower than other vaccines, local health departments have been trying to put the doses they do have to good use.

Aislynn Tollman-Hill with the Utah County Health department says the vaccine is easier to transport, and only requires one dose. So they’ve been using J &J doses to reach underserved populations, sometimes in mobile clinics.

In Salt Lake County, some Johnson & Johnson doses have been used to vaccinate the homeless. In Tooele County, the doses have been deployed to areas where access to health care can be limited.

“We are specifically sending the Johnson & Johnson vaccine out to the Wendover community,” said Amy Bate with the Tooele County Health Department. “We know it’s harder for them at times to access health care, so we want to make it as easy as possible for them to get the COVID-19 vaccine.”

Larger allocations of Johnson & Johnson could mean some changes. In Tooele County, they’re considering deploying the vaccine to some of the county’s more rural, underserved areas the same way they do in Wendover.

In Utah County, they will now start to show which type of vaccine is available when you’re doing your vaccine appointment scheduling, Tollman-Hill said.