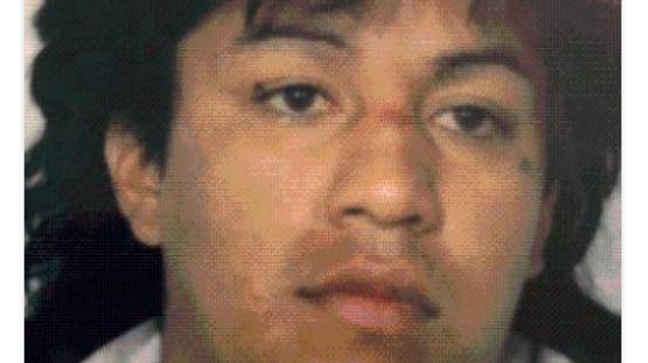 Utah – Law enforcement and criminal justice officials in Utah admit they don’t know exactly how many cases of missing and murdered indigenous people there are in the state.

As part of a 2News investigation of Utah’s missing and murdered indigenous women, the Department of Public Safety offered a list of cold cases in an effort to bring some of them back into the public eye and potentially generate new leads for investigators.

DPS identified at least 15 cold cases with Native American or Alaskan Native victims, out of the state’s 377 cases. In addition to these cold cases, there are at least 25 additional cases of missing and murdered indigenous women still under active investigation.

There could be more. As 2News reported Thursday, frequent racial misclassification can prevent accurate tracking of cases involving indigenous victims.

The cold cases identified by DPS date back to 1973. In many of the cases, information about what happened or theories about the cases are limited. This could be intentional. In many murder cases, investigators withhold certain details to make sure they and the killer are the only ones who know — ensuring there could still be a “smoking gun” in cases that have long gone cold.

Here are the 15 men and women whose disappearances remain unexplained, or whose murders remain unsolved today:

Theories: Broncho may have become transient, and could be living among the unsheltered community on Utah. He may also have settled on another reservation with an “outside” tribe, according to the Utah Bureau of Criminal Identification.

Description: Broncho, age 36, is 5 feet 10 inches tall and weighs approximately 210 pounds. He has brown eyes and goes by the name Matt.

Manymules was shot to death across the street from Pioneer Park in Salt Lake City on July 26, 2017. He was 24 years old.

During the summer of 2017, he frequented Pioneer Park and the men’s shelter downtown, according to BCI. He was shot in front of 336 S. 400 West, and died instantly. Two male suspects, who’ve not been positively identified, ran from the shooting. They were seen fleeing southbound on 400 West, and then headed west through the Big D Construction Company at 404 W. 400 South.

On an unspecified date in 2014, hikers ascending out of the central canyon on the west side of Hotel Mesa, northeast of Moab, discovered a man’s body. He was found lying on a “decaying” foam pad underneath a juniper tree, according to BCI.

Description: Grand County John Doe is believed to have been between 45 and 55 years old at the time of his death. He was between 5 feet 5 and 5 feet 9 inches tall. BCI reports his race could be Asian, Native American, or Latino.

White, age 61, went missing from South Salt Lake in the summer of 2012, and hasn’t been seen or heard from since. She was 53 at the time of her disappearance.

Description: She has two known tattoos, a chain around her right ankle and an unspecified tattoo on her abdomen, according to BCI. The Charley Project has more information about White, describing her as 5 feet 5 inches tall and weighing 150 pounds. She has black hair and brown eyes. She’s said to have a “skin discoloration” on her right leg and a scar from a Cesarean section on her abdomen, as well as pierced ears.

She may use the last names Fasthorse and/or Runninghorse, according to the Charley Project.

Baker was confirmed to have stayed at a motel in St. George, Utah on Sept. 1, 2011 before he disappeared. He has not been seen since. His credit card was used in St. George and Mesquite, Nevada shortly after his disappearance, but “there was no evidence to confirm Baker made the last transactions,” according to BCI. He was 28 at the time of his disappearance.

Description: Baker is 5 feet 8 inches tall and weighs 260 pounds. He has black hair and brown eyes. He also has several tattoos, including one on his left shoulder with a top hat and two hands, with three long fingers on each hand. One hand is pointing up, the other down. Baker has a tattoo of a face in the center of his right shoulder, with skulls above the face and around its left side. Underneath is a box with a question mark on it, and to the right of the face is a dream catcher. Unspecified writing below the dream catcher begins with the letters “S” and “H,” according to BCI.

Davis was a patient at Utah State Hospital in Provo on Jan. 30, 1995, according to BCI. He died from a blunt force injury to his abdomen which resulted in a lacerated liver. His body was reportedly discovered on Jan. 31, 1995. He was 19 at the time of his death, which is classified as an unsolved homicide. The state’s website doesn’t offer any other details.

Holley was found dead by a man walking his dog in Salt Lake City’s Hidden Hollow Park at 8 a.m. on Sept. 20, 1994. Holley was reportedly homeless at the time and sleeping in the park.

The man who found Holley immediately called police, who determined the 35-year-old was “beat to death with blunt objects,” according to BCI.

McBride was 36 at the time he went missing and has not been seen since March 22, 1994. He’s listed as missing and endangered in the state’s database. He’s 5 feet 11 inches tall and weighs 165 pounds, with brown hair and brown eyes.

It’s believed McBride could have been headed toward Cedar City when he left Salt Lake County.

Contact: Unified Police Department of Greater Salt Lake at 385-468-9816. Det. Pender is the detective of record in the state’s database.

Garza was found dead on April 2, 1991 in the desert south of St. George. Police found her body on the side of the road. She died from multiple gunshot wounds to the head, as well as blunt force trauma, according to BCI.

Burns was 23 years old when he was killed in Salt Lake City. BCI doesn’t list any details about the murder, but notes he “had no car and was usually on foot” and that he “hung out on State Street.”

He was found dead next to a parked train in “the railroad yard,” according to Lee’s entry in the state cold case database, which also notes that he was homeless at the time of his death.

A photo of Jack is not available in the state cold case database. No other information about his murder is listed.

The list of cold cases of missing and murdered indigenous people in Utah provided by the department of public safety listed two additional victims, who are not named. The two “John Does” were murdered or found dead in 1973.