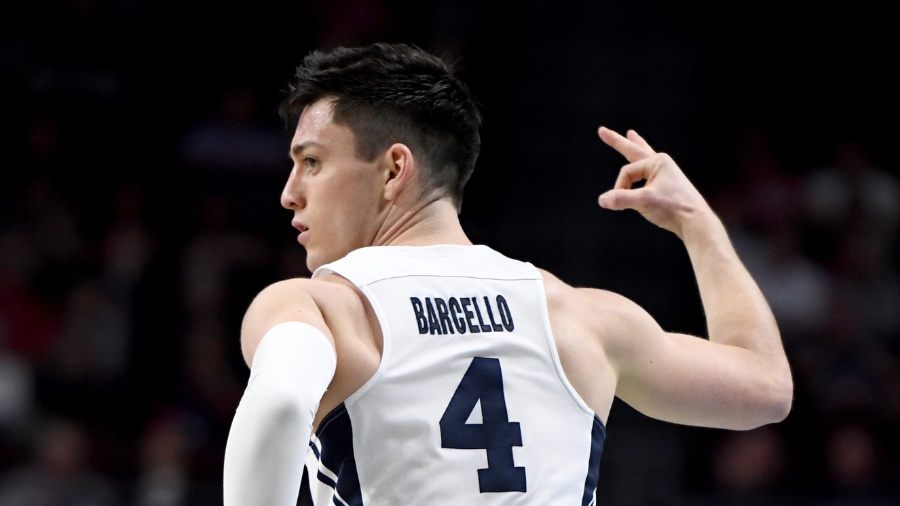 PROVO, Utah – The BYU Cougars defeated Saint Mary’s 62-52 after going on a huge 16-0 run in the second half to secure their first WCC victory.

BYU trailed 50-43 and then held the Gaels scoreless for nearly 10 minutes in a season defining win.

The Cougars earned another quad one road victory that should have them back in the NCAA tournament, if they continue to win.

There is still work to be done in order for BYU to earn an at-large invitation assuming Gonzaga wins the conference tournament, but this was a gutsy victory for a team that struggled offensively for most of the game.

Here are my three observations from the Cougars second victory ever in Moraga.

It’s hard to believe BYU has had more success playing on the road versus Gonzaga then they have against Saint Mary’s.

The Cougars trailed by one with five minutes remaining. At this poing in the game, the Gaels were in the midst of a five minute scoring drought. Saint Mary’s guard Tommy Kuhse attempted a three point shot that bounced off the front of the rim.

Barcello collected the rebound, but it was poked away by Jeff Mullins, leading to a loose ball situation in front the Gaels bench.

Enter Kolby Lee. He came racing in from the opposite side of the paint forcing the ball to go out of bounds off Mullins.

The ensuing Cougar possession was a made floater by Trevin Knell giving BYU their first lead of the game since the 9:08 mark in the first half.

It’s those kind of winning plays that can determine the outcome of a close game, and Lee’s effort came at just the right moment for BYU.

Let’s not forget, he was benched earlier in the season. Lee earned his starting spot back and has provided head coach Mark Pope with winning effort ever since.

The Cougars only attempted four three point field goals in the first half, making one. BYU was determined to play in the paint and it paid off.

I have mixed feelings about the performance from three point line. On one hand, it’s encouraging that BYU can win games when their offense is “stuck in the mud” as Pope likes to say.

On the other hand, it’s hard to imagine the Cougars competing with the likes of Gonzaga when they shoot 10 percent from behind the arc.

BYU went 1-10 from the three point line, and they missed all six attempts in the second.

At the end of the day, a win is a win however it comes, but the Cougars will need better shooting against higher qualify opponents.

3. Caleb Lohner on the glass

I’ve written about this before but Lohner’s willingness to crash the boards is a thing of beauty.

I can’t remember a better rebounder at BYU.

Lohner pulled down nine rebounds in 21 minutes of action off the bench.

His offensive game will come in time, he is only a freshman. However, his recognition of how he can help this team is remarkable for a young player.

This team has the grit and talent to make the tournament. The only question remains now is can be BYU be more consistent as they enter the easier part of their WCC schedule.

You can hear Matt Baiamonte every Saturday on KSL Newsradio for Cougar Sports Saturday from 12:00 p.m. – 3:00 p.m. or you can find him on Twitter here.