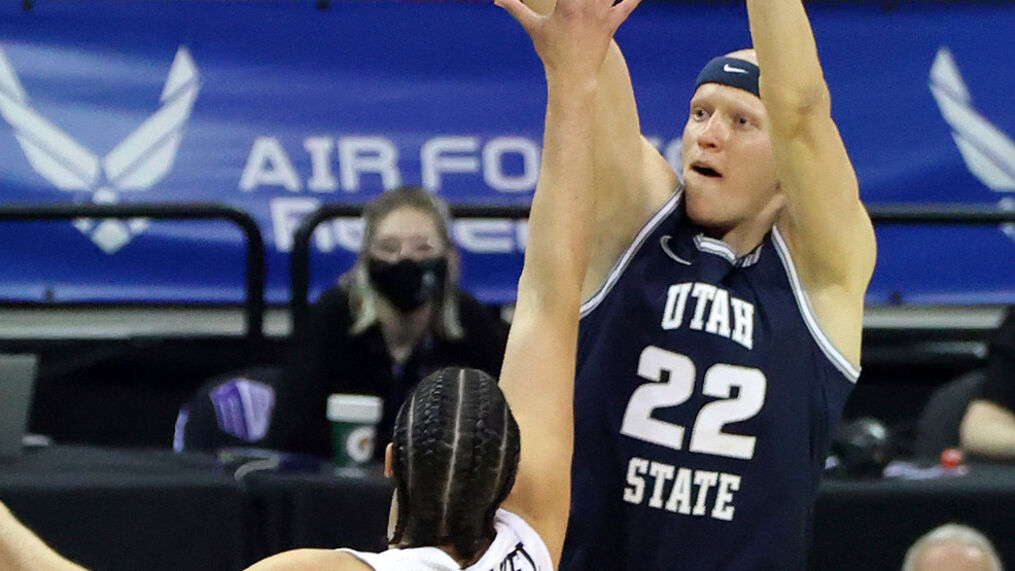 PROVO, Utah — People in Provo, Utah are already expecting their BYU Cougars to get an invitation to the 2021 NCAA Men’s Basketball Tournament, but folks in Logan, Utah weren’t so sure that their Utah State Aggies would go dancing. But they are, it was announced Sunday during the NCAA Tournament selection show.

The Aggies got the 11th seed in the south bracket, and will play 6th-ranked Texas Tech Red Raiders.

The Brigham Young University Cougars were awarded with a 6th seed, and they will play the winner of the play-in game between the UCLA Bruins and the Michigan State Spartans.

Gonzaga, Baylor, Illinois, and Michigan were all awarded with #1 seeds, with Gonzaga being the #1 overall seed.

Gonzaga and BYU played each other in the West Coast Conference championship game where the Cougars nearly pulled off a huge upset.

BYU defensive lineman Antunaisa Mahe sat out the 2020 season with a blood clot in his brain. Now he’s back in the fold.