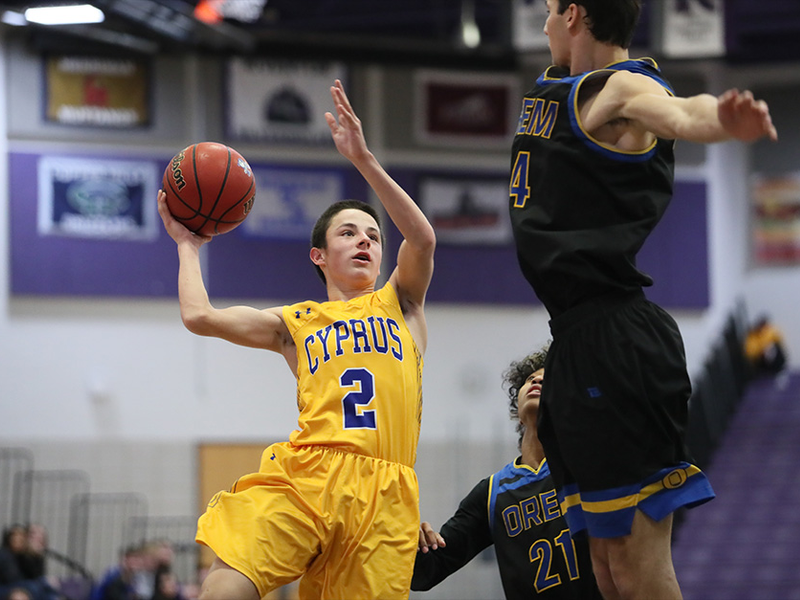 PROVO, Utah – The Utah High School Activities Association made its biannual changes to school region alignments. The adopted proposals have been applauded and scrutinized.

“Looks like Region 7 was picked by throwing darts on a map,” Derek Erickson, a concerned fan, commented after the alignment was announced.

According to the Utah High School Activities Association’s constitution, the Board of Trustees has the responsibility and authority to classify its member schools and assign them to regions within the classification.

Region 7 has a 348-mile spread. Uintah High School in Vernal was placed in the 5A region with Cedar Valley, Cottonwood, Hillcrest, Payson, Stansbury, and Tooele high schools. Making it one of the most scrutinized region placement divisions.

Hillcrest has over 2,100 students; Cottonwood and Uintah both have over 1,600 enrolled.

“We are absolutely excited for realignment,” Hillcrest Athletic Director Scott Carrell said. “We have regions and the RPI (rating performance index used to seed teams at state tournaments), they don’t work together very well. When they started to put together the changes we were put in a very competitive region in Utah County. We sat down with our coaches and asked for that to be changed. We knew that in order for us to build our programs we needed to be put with similar schools. They told us we would have to travel more, but we were OK with that.”

The teams at Hillcrest realize there will be challenges.

“We know that not everyone will be on board, but we are excited to be able to build our programs back up,” Carrell said. “We are looking at ways to have hotspots on buses to help with homework and more opportunities for distance learning.”

Many other schools were also enthusiastic about their new placement.

“We are excited about our new region,” Copper Hills Athletic Director Ben Morley said. “Mainly because of the proximity of the member schools and having West Jordan back in Region 3.”

It is not the only rival to be preserved in the current alignment; Hunter and Granger, Kearns and Taylorsville in Region 2; Herriman, Riverton, and Mountain Ridge now all reside in Region 3; Bountiful, Viewmont, and Woods Cross in Region 5; Olympus and Skyline in Region 6; and Alta and Jordan in Region 8.

Roy administrators asked to be moved from Region 1, in northern Utah, to Region 2. They stated competitive balance as their reasoning. Roy last won a state championship in 2012 in softball. West High School won Region 2’s most recent title in 2019 in softball, but Granger has not been a state champion since 1979 in boys baseball.

In the upcoming season, Region 2 will consist of Cyprus, Granger, Hunter, Kearns, Taylorsville, West and Roy.

“I like our region,” new Taylorsville head football coach Chris Rosales said. “I just wish that winning a region championship meant more. With the new RPI, it has all changed.”

Because of an increase in enrollment Mountain Ridge was moved from 5A to 6A in all sports.

“I think no regions in our alignment will be beneficial for every school in the state of Utah,” Carrell said. “Then games could be scheduled against teams of like opponents, more participation is the ultimate goal. It would not work for every sport, but we need to make goals to improve.”

UHSAA is exploring options for its realignment in two years. Some of those ideas could include the adoptions of no regions allowing teams to make schedules of their choosing.