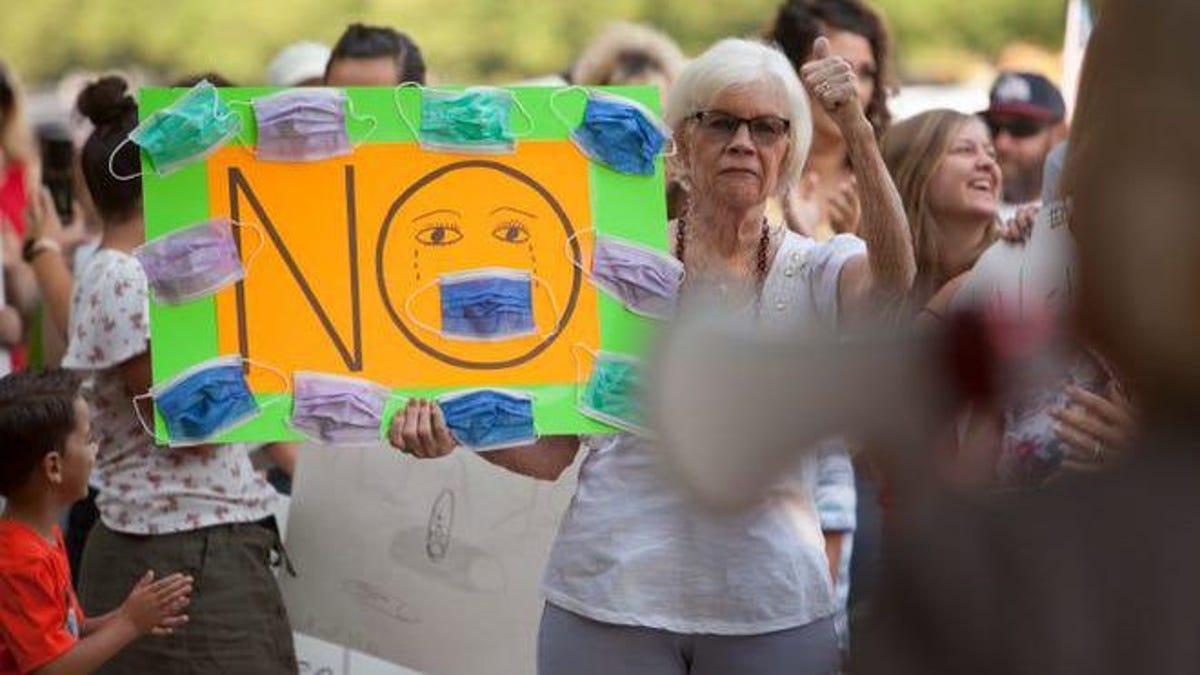 Utah Gov. Gary Herbert’s (R) guidelines would obligate K-12 students to wear face coverings in the classroom and on buses when the school year resumes, The Hill reports.

However, the demonstrators forced local officials to reschedule the vote on the new mandates. The vote on Thursday was whether or not to petition the Utah County Health Department to give the county “compassionate exemption from the one-size-fits-all mask mandate in Utah County’s public schools.”

Tanner Ainge, the chair of the all-Republican commission, introduced a motion to reschedule the vote, which passed 2-1. However, the commission didn’t select a new date to vote on the issue, and might instead hold a virtual meeting.

Ainge ended the meeting because the crowd wasn’t wearing masks or practicing social distancing. “This is the exact opposite of what we need to be doing,” Ainge said. “We are supposed to be physically distancing, wearing masks.”

He continued, “This gathering violates current health recommendations.” While Ainge left the meeting, two other commission members stayed on and listened to over 30 people air their grievances.

Ainge told The Washington Post that the issue of mask requirements in schools “has no business being on agenda.”

“The county has nothing to do with this,” he added. “It would be like the school board deciding how much money to give to the sheriff’s department.”

Another member of the commission, Bill Lee—who opposes Gov. Herbert’s mask mandates—emboldened people to “peacefully express their concerns” before Thursday’s meeting. However, Ainge called Lee’s actions “political theater” and said that he “put the entire room at risk while ignoring health department guidelines.”

Ainge also issued a statement on Twitter regarding the matter. “As our hospital utilization and case counts climb, this is not the time for a County Commissioner to encourage large unmasked gatherings or to publicly reject the guidelines we are receiving,” Ainge said in a Twitter statement.

My statement in opposition to Commissioner Lee’s call for a rally and vote against masks in Utah County schools.

Herbert issued the mandates on July 9 in accordance with guidelines from medical officials who told the commission that hospitalization rates are climbing in Utah County and could very well overwhelm hospitals.

Valerie Walton: What I learned from being sealed during the COVID-19 pandemic