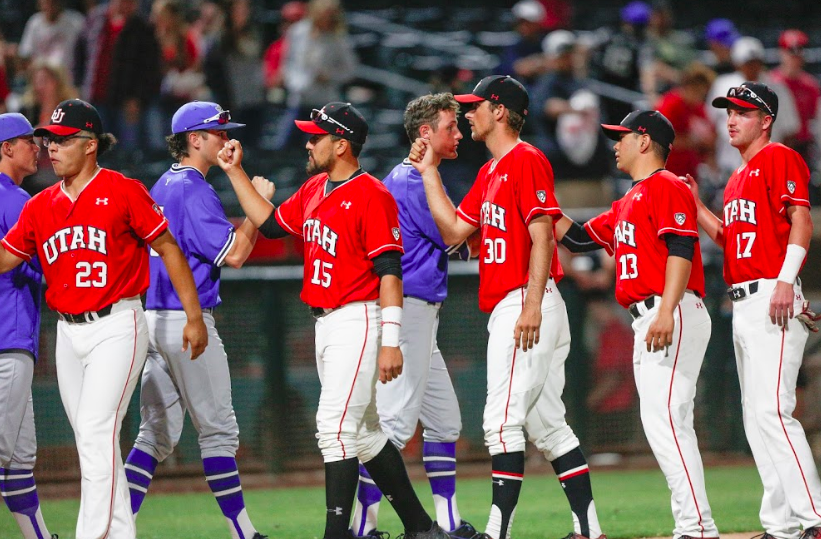 PROVO, Utah – The University of Utah Baseball team is finally home after a short stint in Arizona to face the team down south in a three-game series with the first two played at Smith’s Ballpark and the third at Miller Park in Provo. Utah is 1-8 on the season, coming off of a series against Arizona State where late game rallies were not enough to stop Utah from leaving the desert with three losses. In the grand scheme of the season, wins against BYU don’t mean much, but beating our traditional rival could help boost morale for Utah before conference play begins.

In their recent road trip, Utah had bats but left too many men on the bags before taking the field. Utah saw an uptick in ERA for their starters on the mound in all three games in Phoenix with the exception of Justin Kelly, the traditional first game starter, who posted 4.50 ERA in Phoenix after allowing 11 hits and five runs in six innings against Loyola Marymount .

David Watson started in the second games against Cal State Fullerton and Loyola, allowing five and four respective runs before Coach Kinneberg looked to the bullpen. Against Arizona State the Utes started Kyle Robeniol in the second game but Watson appeared in the seventh to close, looking more comfortable in that role, allowing only one hit and no runs which gave the coaching staff something to consider moving forward.

BYU is fairing slightly better than the Utes this season at 3-8 after trading wins in a four-game season opener against the Texas State Bobcats and winning the closer against the University of Texas. The Cougars then dropped three straight against Oregon State by close margins. BYU is facing a similar problem as the Utes, not capitalizing when they have runners on. Their performance against the Beavers at the plate improved from game to game, getting a solitary hit in first followed by six in each of the final two, but as the bats got hot, more runners found themselves stranded with six in the first, seven in the second and 12 in the final.

Utah hasn’t faced BYU since 2019 when they went 1-1 playing both games at home, a slight downturn from 2018 where the Utes took three of four games against the Cougars. If Utah can manage to find home plate with their baserunners more often and keep their pitchers calm with runners on, they will walk away with much needed wins before opening conference play against Stanford next weekend.