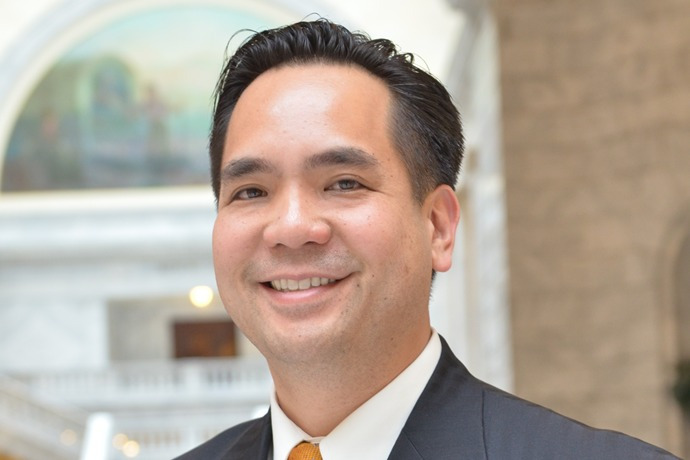 Hundreds supported Attorney General Sean Reyes online, but few were willing to speak on camera, except for David Lewis from Orem.

“I appreciate Attorney General Reyes,” David Lewis said. “We need to make sure that when we have elections, they are fair and transparent”.

Regarding Attorney General Sean Reyes and his decision to support a lawsuit alleging “unlawful election results” in the 2020 Presidential Election.

The lawsuit, which was started by Texas Attorney General Ken Paxon and has the support of 16 other attorneys general, demands 62 electoral college votes from four battleground states, Georgia, Michigan, Pennsylvania, and Wisconsin be thrown out. Those states were won by President-elect Joe Biden.

“He has also gone against his own party members within our own party [who] have acknowledged how outrageous it is what he is doing it is embarrassing for our state,” Communication Director for Better Utah Katie Matheson said. “This election was the most secure in the history of elections in the United States”.

“Why the inconsistencies,” Lewis said. “When you look at hey, we are going to stop voting in the middle of the night in one state they said everyone had to go home because there is a water main break.”

“Given the importance of public confidence in American elections, these allegations raise questions of great public importance that warrant this Court’s expedited review”.

“He is trying to throw out people’s votes because he does not like the results of the election. Candidates who wish to challenge election results have access to the courts without our involvement. This is an unwise use of taxpayers’ money.”

The A.G’s office says taxpayer money has been used for this initial step in the form of staff salary but if the Supreme Court decides to take this case up, more taxpayer money will likely be used.