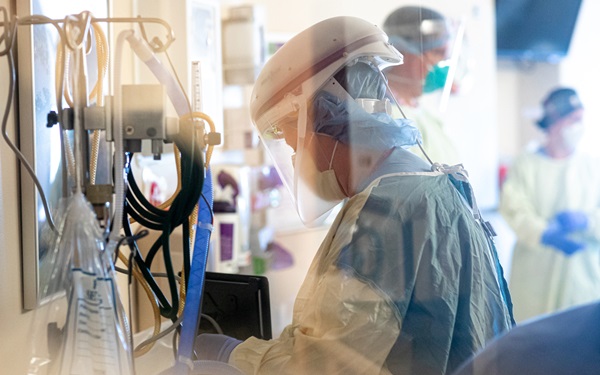 Utah – On Sunday, the Utah Department of Health reported 389 new COVID-19 cases in the state, as well as 13 deaths. Nine of those deaths occurred before March 1.

While the state was seeing a decrease in cases since mid-January, this week, the amount of daily cases reported tapered off.

Earlier this week, the Church of Jesus Christ of Latter-day Saints announced it would not be requiring its missionaries serving in Utah to be vaccinated — even as the state opens up appointments to all people over the age of 16.

The faith encourages its members to follow President Russell M. Nelson’s example and be inoculated against COVID-19, but also says it’s an individual decision.

Over the past seven days, the state also saw cases dip below 500. On Monday, Utah saw its lowest case numbers reported since May 2020 — just 159. The Beehive State also celebrated a milestone this week: More than 450,000 people in Utah are now fully vaccinated.

Hospitalizations reported in past day • 142. That’s up five from Saturday. Of those currently hospitalized, 56 are in intensive care units — the same amount as reported on Saturday.

Percentage of positive tests • Under the state’s original method, the rate is 8.3%. That’s higher than the seven-day average of 7%.

Its new method counts all test results, including repeated tests of the same individual. Sunday’s rate is now at 4.7%, higher than the seven-day average of 3.5%.

Utah is a leader in cloud seeding. Is it working?