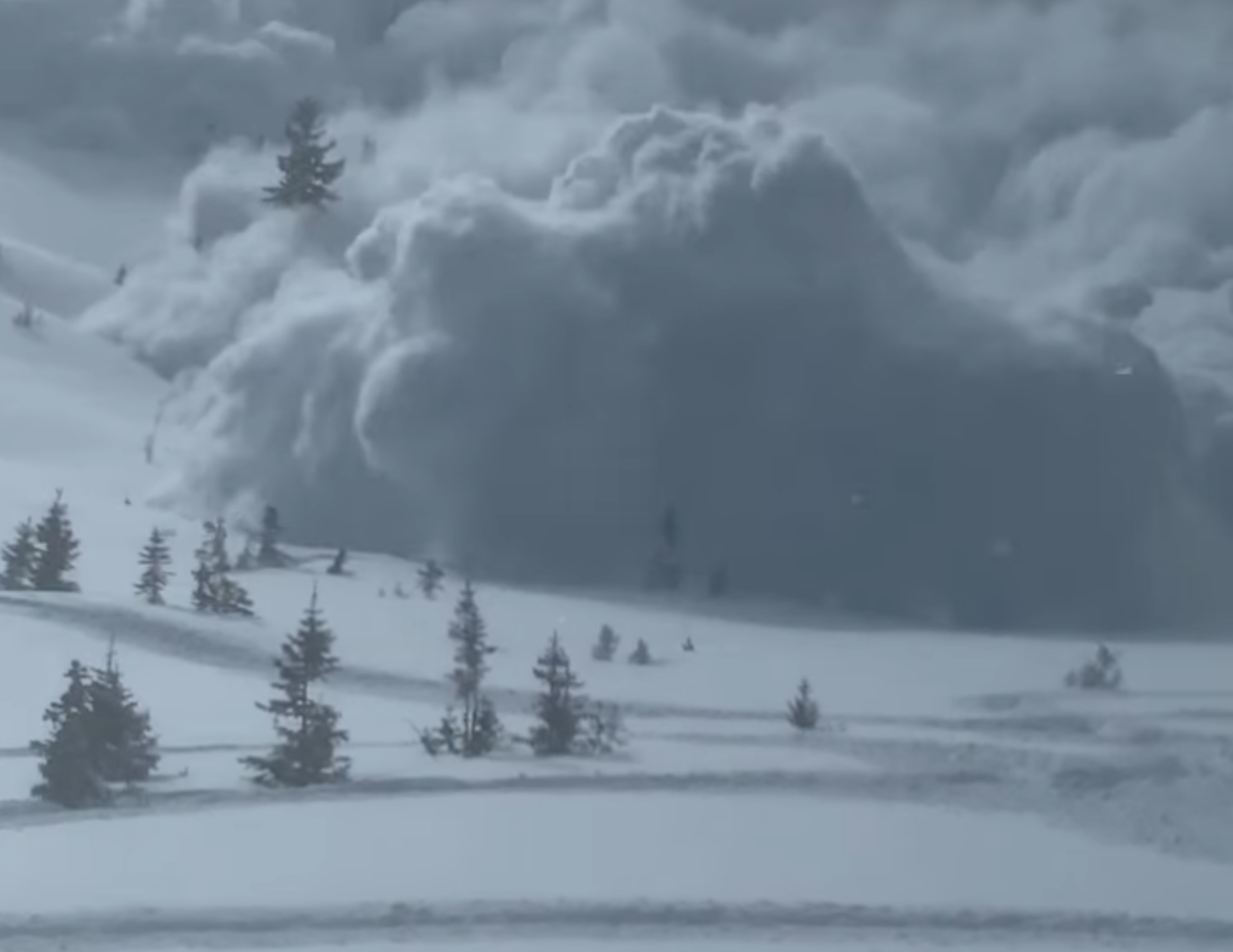 Utah – It’s the one thing you never want to see when you’re in the backcountry. New video shared by snowmobilers shows a mammoth avalanche cascading down a mountainside moments before it buried them.

This avalanche occurred in the Uinta Mountains in Utah just a few days ago. Note: all of the snowmobilers fortunately survived. Also be aware there is some NSFW language as the avalanche closes in on this group.

The snowmobilers shared some details about what you see in this video and how they were caught unaware:

A group of six of us were riding in the Uinta Mountains, we had just received some new snow and were playing around on the mountain. Two of my friends were riding up in some trees (left of the video) and the rest of us were riding on the flats below the mountain when we felt a massive shake, we looked up to see that the mountain had just slide and a massive avalanche was coming down. I had taken my gear off and pulled out my phone to record one of our friends riding at the base of the mountain and that’s where the video starts. With my two friends riding in the trees, one tried to deploy his snowmobiling airbag backpack but it would not inflate and he was caught up in the avalanche and buried to his chest and my other friend tried to make it behind some trees for protection but was covered over his head. As the avalanche broke we jumped onto our walkie-talkies to try to alert our friend that was riding at the base of the mountain, he was able to speed away from the slide. It was at this point we realized that the size of the slide was large enough to reach myself and my friend I was sitting next to but we ultimately didn’t have enough time to react and got caught up in the slide. Once everything settled, my friend and I were completely buried.

Claim Your Cash From The State Of Utah