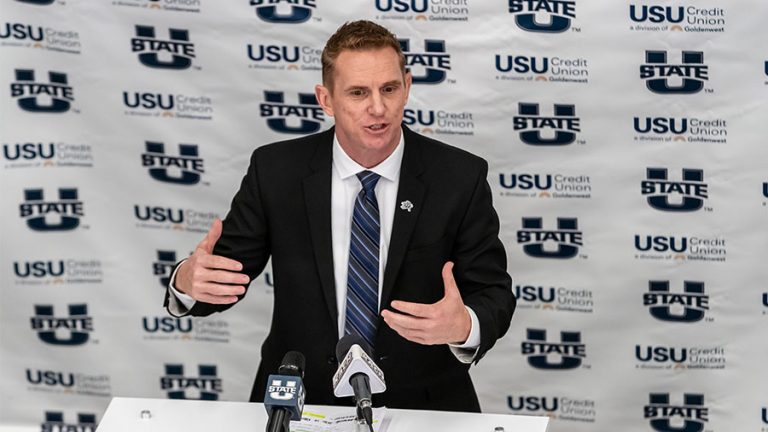 Utah State announced the hiring of the three individuals to the football coaching staff on Tuesday, January 5.

After the Aggies hired Blake Anderson as the head coach, he has hired six coaches to his staff. Former USU QB Chuckie Keeton will coach the running backs. D.J. Tialavea was named the tight ends coach and Al Lapuaho will coach the defensive line. Those hires were announced on Monday.

Blake Anderson hired Kyle Cefalo as the passing game coordinator and the wide receivers coach. Cefalo spent the past four seasons with Anderson at Arkansas State as the wide receivers coach. He was also the special teams coordinator the past two seasons. Cefalo played wide receiver for Colorado from 2009-11. His coaching career started in 2013 as a recruiting intern for Boise State before going to Arkansas State as a graduate assistant.

The Aggies have named Nick Paremski the special teams coordinator and outside linebackers coach. Paremski spent the past five seasons at Arkansas State with Anderson. His coaching career started at Holmen High School in Wisconsin as the defensive backs coach from 2002-03. Then he was a graduate assistant at Texas A&M-Kingsville. From 2006-15, Paremski coached at West Texas A&M, holding multiple positions, including cornerbacks, defensive backs, recruiting coordinator, assistant head coach and defensive coordinator.

Paremski joined Arkansas State in 2016 as a quality control assistant for two seasons before being promoted to outside linebackers coach in 2018. From 2019-20, he was a special teams co-coordinator and safeties coach. This past season, Paremski served as the interim defensive coordinator for the Red Wolves.

After three seasons with the Longhorns, Banda went to Mississippi State for the 2015 season as a defensive GA. His first position coaching job was in 2016 when he coached the safeties at Miami. After two years of that position, he was promoted to co-defensive coordinator.