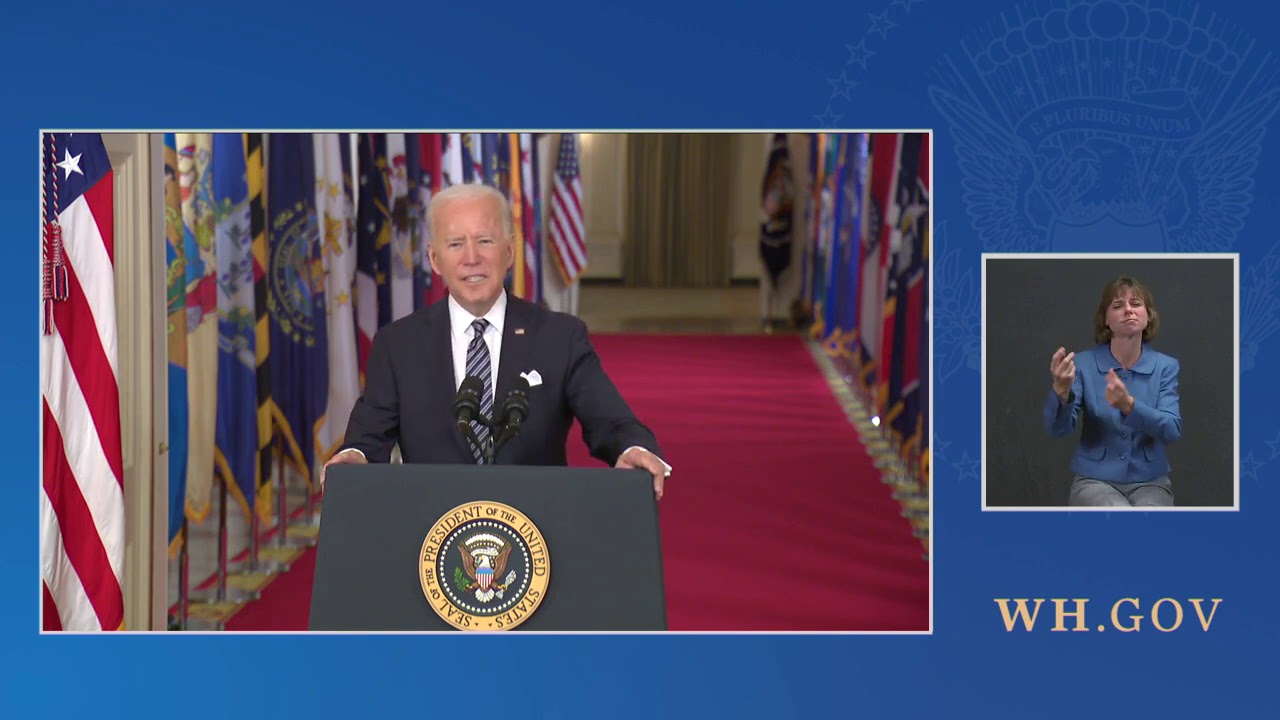 Utah – Rep. Burgess Owens said President Joe Biden’s primetime speech to the nation on Thursday night showed a “weak” president who is afraid to talk to the public. He also attacked Biden for stealing the credit for the development of the COVID vaccine from former President Donald Trump.

Biden’s address on Thursday was to mark the one-year anniversary of the coronavirus pandemic and to highlight the passage of the $1.9 trillion economic stimulus package.

“What we’re seeing is a weak president and the president’s weakened presentation,” said Owens to Newsmax host Sean Spicer.

Owens inexplicably conflated the increased security presence in Washington, D.C., which was put in place following the attack on the U.S. Capitol by a mob of Trump supporters, with fear on the part of the Biden administration.

“He’s afraid to talk to we the people. The fact we have walls with razor wire around the Capitol right now, and he’s not saying a thing about it.”

That attack was part of an attempt by Trump and his followers to overturn the results of the 2020 election. Following the violence on Jan. 6, Owens joined with more than 140 other House Republicans to disenfranchise millions of Americans by voting to reject the Electoral College results from Pennsylvania. Owens and Rep. Chris Stewart were named in a report published by California Democrat Zoe Lofgren for their social media posts before and after the attempted insurrection that helped amplify the falsehood that the 2020 election was rife with fraud.

Both Biden and the economic stimulus package, which Owens voted against, are viewed favorably by the American public, including Republicans. According to a recent Politico/Morning Consult Poll, 75% of registered voters either strongly or somewhat support the package. That includes 57% of Republicans. Biden also currently has a higher approval rating than Trump ever reached during his presidency, with 52% of Americans saying they have a favorable impression of him.

Owens also faulted Biden for not acknowledging the success of Trump’s “Operation Warp Speed” which led to the development of the COVID vaccine.

“They’re going to steal whatever they can. They steal our tax dollars. They steal credit wherever they can. This is what they do,” said Owens. “Let’s not be surprised. He’s been here for 60 days and he’s taking credit for what happened in an entire year.”

Last week, Trump issued a bizarre statement asking Americans to “remember” his efforts when they are receiving the vaccine.

How the Utah Legislature addressed mental health this session