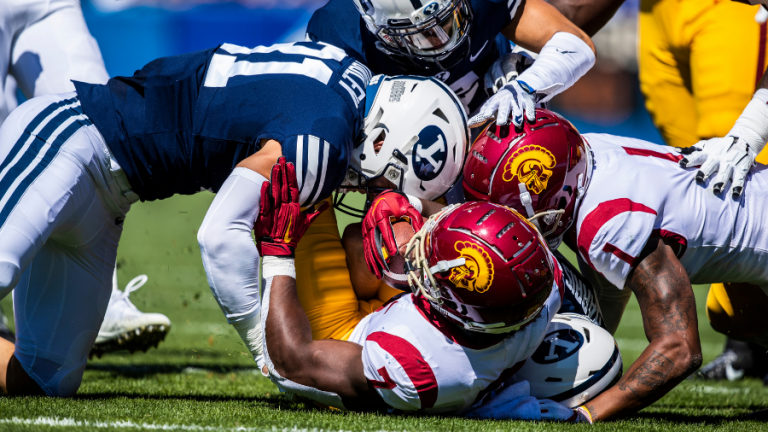 PROVO, Utah – After a unique year impacted by COVID-19, the BYU football schedule gets back to what Cougar fans have grown accustomed to during Independence, a lot of Power 5 teams.

Let’s keep our fingers crossed that this slate of games isn’t impacted by COVID-19, because this schedule has a lot of intriguing matchups.

Opening a season against Arizona has become a common occurrence in the Kalani Sitake era. This will be the third time under Sitake that BYU has opened a season against the Wildcats. As was the case in 2018, Arizona breaks in a new head coach.

Kevin Sumlin is out. New England Patriots quarterback coach Jedd Fisch is in.

Fisch inherits an Arizona program that finished 2020 with an 0-5 record, and they closed out the abbreviated season with a 70-7 loss to rival Arizona State in the Territorial Cup game.

The Wildcats field zero players on the Pac-12’s All-Conference teams to conclude 2020. This is a big rebuild job for Fisch in Tucson that is going to take time.

If fans are allowed to attend Allegiant Stadium in September, expect a large contingent of BYU fans. BYU has a strong following in Las Vegas and they always come in large numbers for the Cougars.