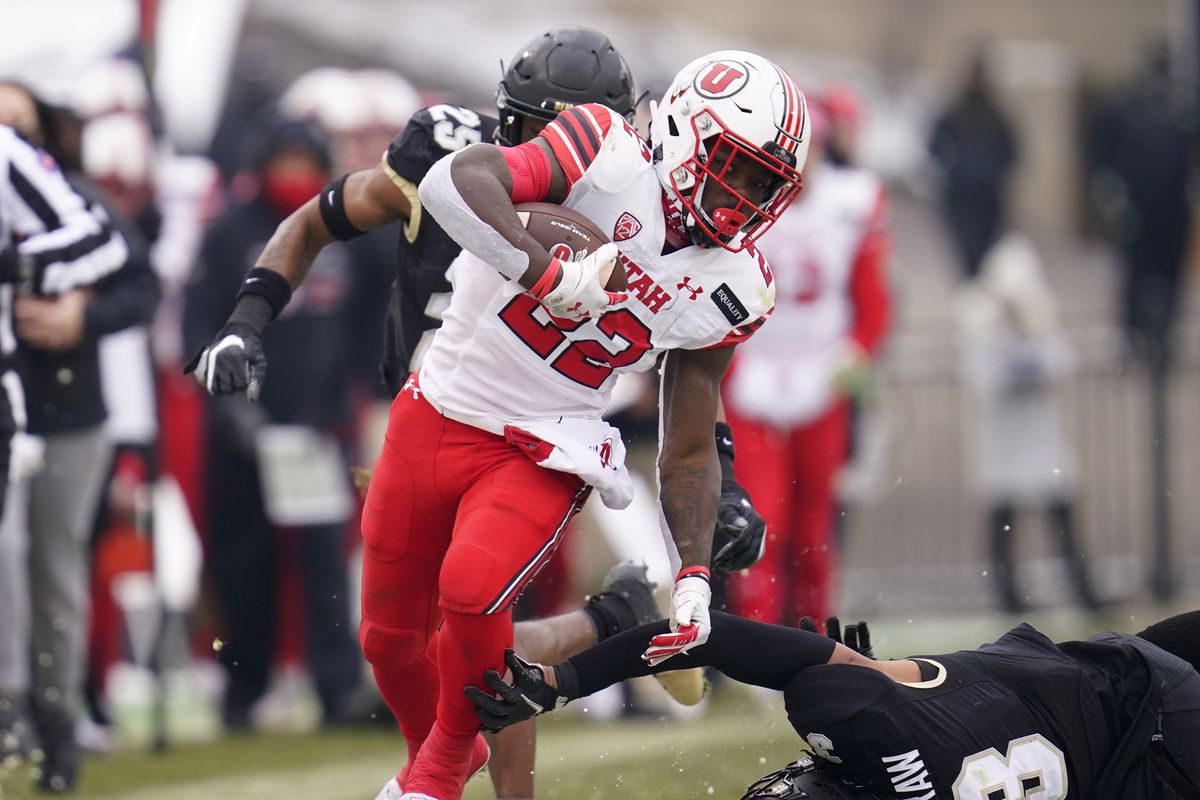 PROVO, Utah – A longtime BYU fan and current Provo resident, Nick Bruce, felt a sudden and strong yearning to help the Utah football family in its time of anguish.

Bruce, 22, woke up the day after Christmas while on vacation in the St. Louis area, scrolled through his Twitter feed and learned the shocking and devastating news that Utah freshman running back Ty Jordan had died at the age of 19 due to what police are calling an accidental shooting.

Like many people, Bruce experienced profound sadness. He started playing football in the fifth grade and loves the game. He had seen Jordan play on television a few times during this shortened season. Bruce, who grew up in a small town in Illinois, was impressed by Jordan’s talent and his backstory. Jordan lost his mother in August after a battle with cancer and he dedicated his play to her.

One of Bruce’s first instincts was to locate a GoFundMe page to make a financial contribution to the Jordan family. But he couldn’t find one.

So, for the first time in his life, he created his own GoFundMe page.

“I’m not a fan of Utah by any means but as part of the rivalry, it’s bigger than football sometimes,” Bruce said. “It hit too close to home — if that would have happened to my team or someone I was an avid fan of, I can’t imagine what that would feel like. I just wanted to do something.”

Bruce attended BYU for three years and is now attending Provo College, preparing to graduate in physical therapy. His act of opening the GoFundMe page, and inviting people on Twitter to contribute, has provided some emotional therapy for a lot of people.

As of Wednesday afternoon, the page had raised $14,622 from 458 donors. Many of those donors contributed $22, in honor of Jordan’s jersey number.

The amount raised has far exceeded his expectations.

At first, Bruce set the goal amount at $5,000, in hopes that it could be achieved eventually. But in about eight hours, the page had hit that mark. Bruce increased the goal to $7,500 and by Sunday morning, the page had raised over $9,000. He upped the goal to $10,000 and the money kept pouring in from BYU fans, Utah fans, and others, all around the country.

“It’s been crazy to see, people having that desire to help,” Bruce said. “I thought it would be cool to share the GoFundMe page around on the BYU side of Twitter and get a couple of thousands of dollars or so and give that to the Utah GoFundMe side, with those that are close to the family and the school. As the day kept going, more people were sharing and commenting. It was amazing to see how many people that were so generous and had the same feeling I did and wanted to give and help out.

“Since (Jordan) was from Texas, there weren’t a lot of people in Utah who truly knew him but there was a lot of people he impacted. People were drawn to him, his smile. It was cool to see the outpouring of generosity by random strangers to him, people that just wanted to do something out of the kindness of their hearts to help a family that’s in a lot of pain.”

Because Bruce has no ties to the University of Utah or the Jordan family, some were skeptical about his motives and how he would ensure that Jordan’s family would receive the money. He said that after messaging various people on Twitter, he was able to connect with Utah’s director of football operations, Jeff Rudy.

“When I return to Utah, we’re going to discuss it further,” Bruce said. “I’m following their lead helping me out with that. I’m waiting for direction.”

A Utah athletic department spokesman confirmed that Bruce has reached out to the Ute football program.

On the GoFundMe page, Bruce wrote: “Ty Jordan was taken from this world far too early. There is absolutely nothing that will take away the sting of his absence, for his family, his teammates, his friends, or his fans. He will be greatly missed by all. At this time of need, the last thing his family needs is to be concerned with finances. With this page, I am hoping that people will find it in their hearts to help ease the burden of losing a loved one.

“Ty was not from the state of Utah, but the minute he stepped onto the football field, he became a part of the Utah family. It’s time for us to take care of his family during this time of need. All funds raised from this fundraiser will be given to the Jordan family. Specific details will be provided as they are available, but any and all proceeds will be given to the family to help cover any expenses during this tragic time.”

Among other things, Jordan will be remembered for his bright smile, rushing for nearly 600 yards in five games, and earning Pac-12 Freshman Offensive Player of the Year honors. Another part of Jordan’s legacy is the way he’s brought the fan bases from two heated rivals together.

Bruce is well-aware of the intense nature of the rivalry. Even this season, when BYU and Utah didn’t play each other due to the pandemic, that didn’t stop comparisons between the two programs.

“On Twitter, there’s so much bickering between BYU and Utah fans,” Bruce said. “A lot of it is good-spirited; some isn’t.”

But since Saturday, he’s noticed a much different tone in the interactions between Utah and BYU fans as they’ve grieved and rallied around Jordan’s family and his memory. Numerous BYU fans changed their Twitter profiles to a picture of Jordan.

“At the end of day, the rivalry is great, it’s exciting but when something like this happens, the rivalry gets pushed to the side. Ty Jordan is part of the Utah family. Whether you wear red or blue, that’s not what’s important,” Bruce said. “A lot of people have tweeted about how this is what the rivalry should be all of the time and wanting to change it to something more like this.

“During rivalry week, we’re at each other’s throats and everyone wants to win. But outside of that, we just want what is best for the people that are close to us. Not many knew Ty; he never had a chance to play against BYU. He wore that red jersey. That means he meant something to us as well as Utah fans. To see him gone is sad for everybody.”

BYU Basketball Game Against Pacific Postponed Due To COVID-19