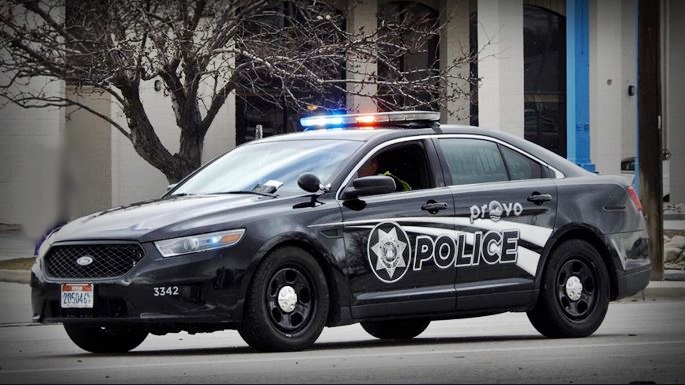 PROVO, Utah — Provo police on Thursday morning arrested a woman, who reportedly identified herself as “Satan,” on suspicion of multiple charges, including aggravated robbery of a convenience store.

The alleged robbery occurred at a 7/Eleven convenience store at 222 W. 300 South in Provo.

Police dispatch said “a female in a wheelchair hit the cashier in the head with a metal baseball bat and left the scene,” the responding officer stated.

The officer located the woman near the intersection and activated his emergency lights.

While the suspect was distracted, she was “assisted to the ground where she was successfully taken into custody without injury or further incident,” the statement says.

“While attempting to identify the female she refused to provide me her information but instead declared her name was ‘Satan,’ the document states.

She was transported and booked into Utah County Jail on the above-stated charges, as well as a class B misdemeanor charge of shoplifting resulting from an incident on Wednesday.

In that case, Cutler was observed on security cameras shoplifting a bottle of alcohol from the Provo State Liquor store at 166 S Freedom Blvd., according to a separate probable cause statement filed by a different officer.

After Cutler was taken into custody Thursday, she was identified as the shoplifter from a still photo the officer had obtained from the liquor store security camera.

Cutler was booked into jail with bail set at $500 on the robbery charge and $690 on the retail theft (shoplifting) charge.