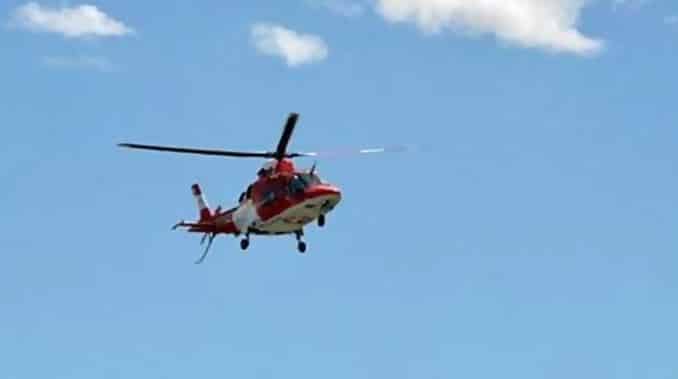 UTAH COUNTY, Utah— A 19-year-old woman whose back was injured in a fall Sunday in Aspen Grove has been flown by Life Flight to Utah Valley Hospital.

Sgt. Spencer Cannon, with the Utah County Sheriff’s Office, said Utah County Search and Rescue volunteers were called out before 6 p.m., when it was reported that the young woman, who had been skiing, had fallen about 10 feet.

She was having difficulty breathing because of the back injury she sustained in the fall, Cannon told Gephardt Daily.

Life Flight came out to help pinpoint the woman’s location and hoist her out. No information was available on her current condition.

Cannon said the skiers had a shovel, but no probes or avalanche beacons.

Avalanche danger is high, putting outdoor recreationists — as well as search and rescue teams — at risk, and authorities have been urging everyone to stay out of the backcountry and other areas where a slide could be triggered.

It’s also extremely important to be well-prepared when going out, whether skiing or hiking. In the event of a mishap, you could end up being outdoors overnight before rescuers are able to reach you.

19-year-old in ICU after ski accident on Mt. Timpanogos

Car collides with power pole, Provo Power works on repairs for 12 hours without an outage